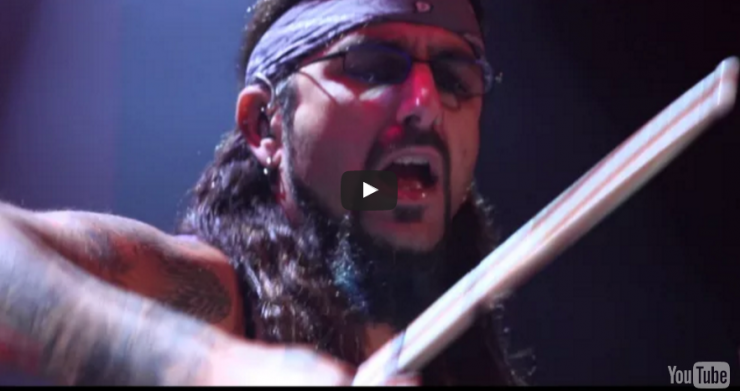 New video for “Captain Love” and new US Tour Dates

The Winery Dogs, the supergroup with Richie Kotzen (lead vocals/guitar), Mike Portnoy (drums), Billy Sheehan (bass) will be returning to the US to launch their latest headlining tour Saturday, June 25 in Hinckley, MN at the Grand Casino Amphitheatre in support of their critically-acclaimed, self-produced second album, HOT STREAK, which was released in North America October 2, 2015 on Loud & Proud Records.

To get ready for the new tour, the trio are releasing a new single, “Captain Love”.  You can see the Vicente Cordero-directed video for the song here:

It’s one of the band’s favorite songs on the album. While lyricist/singer/guitarist Richie Kotzen doesn’t confess to be the subject of the song, drummer Mike Portnoy believes it’s the perfect groove to be played in strip clubs around the world, as he and Kotzen explains in this clip.

“Eight months after kicking off our 1st U.S. leg last October and following runs in Europe, Japan & South America,” explains Portnoy, “we are excited to round home plate and return home with some more U.S. shows in June and July.”

Check out THE WINERY DOGS at any of the following stops: