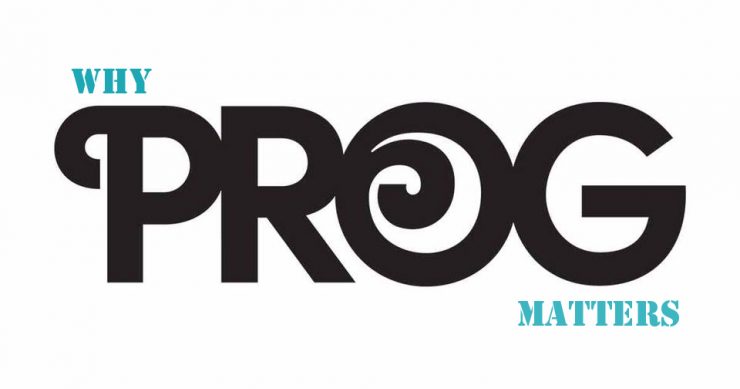 Prog magazine was shut down on Monday.

Today I was shocked to hear the news that Prog magazine, along with the other publications under the TeamRock umbrella, namely Classic Rock and Metal Hammer, were shut down, or as they call it in the UK, ‘sent into administration’.  Those words indeed sound as bad as they are.  This is terrible for all of those that worked so hard on those magazines and websites, especially 5 days before Xmas.  We hope that those folks get through this difficult time and, hopefully, resume work with these publications under better circumstances.   Of course, this is devastating news in the Prog world for another reason.  This niche genre with some of the best musicians, artists and recordings to be released year after year has lost a significant ally in the battle against mediocrity.

When I started The Prog Report in the US, I had no such ambition to be anything other than a voice for music I liked, that I hoped more people than just me might like too.  I didn’t even know Prog Magazine existed. It had just started a little while earlier and at first it seemed like it might be a competitor that would devour us in months.  But what I learned, as many of you know, is that this is a community that supports each other.  Early on, Prog mag editor, Jerry Ewing, reached out, without knowing me, and asked if I would be interested in contributing as a US correspondent.  Rather than see us as any competition for traffic (which at the time we clearly were not), he saw it as a way to broaden the audience for Prog and bring another perspective. Other Prog label heads also have encouraged the same approach.  Rather than focus only on their bands, they all saw it more beneficial to build up the other bands.  This is true among the community pages on Facebook and the bands that are either unknown or starting out.  This community is what has helped the genre return to some relevancy.  As well, there is no doubt that the affiliation with Prog helped The Prog Report’s credibility and awareness, and for that I am grateful.

Prog magazine matters because it lended credibility to those artists that were in need of support; bands like Haken, Big Big Train, Steven Wilson, iamthemorning, Messenger, and dozens more.  It matters because events like the Prog Awards brought out luminaries like Peter Gabriel and Jon Anderson to the fold again and made people pay attention in a way that had not happened in 20 years.  It allows those of us who looked like fools all those years listening to Spock’s Beard to say, “Look, these guys are in a major magazine, and it has it’s own award show!”  Add the Prog cruises and artists like Steven Wilson selling out big arenas, and you had the makings of a Prog resurgence.

Prog music matters because music needs to be more than just what is popular on the radio.  Playing an instrument well and experimenting with it to create long-form beautiful music, is important and should be valued.  Reading earlier about why the magazine was shut down, one person commented “I only bought the magazine when they had Yes on the cover”. While this kind of thinking is inevitable, I implore that person to rethink his position.  Music like this has to be more than just Yes, Genesis, Rush and King Crimson to survive.  There are a large number of really great bands that have been around for 15 or more years that still have yet to be discovered by the Yes crowd.  This is dumbfounding.   There is no doubt those fans should like or at least be aware of Spock’s Beard, Neal Morse Band and Big Big Train.

This music has to be nurtured whether you like this band, that band, or neither.  We should want this music to exist for future generations so we are not all subjected to Justin Bieber 50 years from now.  Younger bands like Haken, The Dear Hunter, Thank You Scientist and others, barely make any living producing this music and yet continue to do so.  Bands like Dream Theater have proven this music can sustain without any radio play if the fans support it.  Just as much, those of us here and at Prog Mag work hard to support the music we love and do not make a lot of money, if any, doing it.

Prog matters. The magazine and the music.  So until Prog magazine returns or people come to their senses and get Steven Wilson on Top 40 radio, it is up to the young and older Prog fan to care a little bit more than just the 3 bands they like, because if that’s all we support, then that’s all the bands we will have left.

To support any of those that got laid off someone has set up a crowd-funding campaign which you can support here if you so choose:  https://www.justgiving.com/crowdfunding/ukrockcommunity?utm_source=facebook&utm_medium=socpledgemobile&utm_content=ukrockcommunity&utm_campaign=post-pledge-mobile&utm_term=bQ3JgKN2q