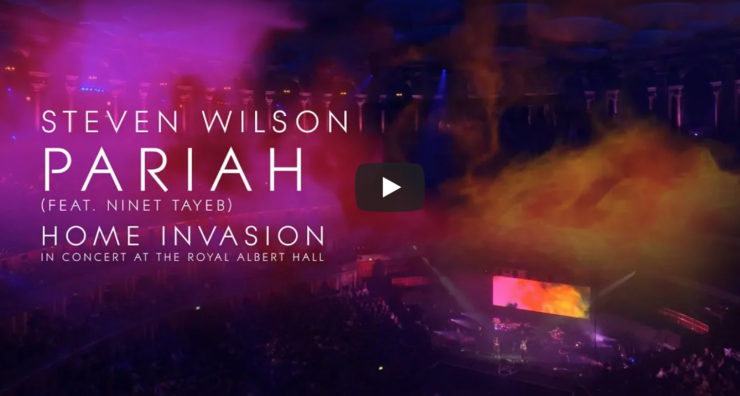 Home Invasion: In Concert at the Royal Albert Hall will be released on November 2nd

Steven Wilson recently announced the new live set, Home Invasion: In Concert at the Royal Albert Hall that will be released on November 2nd, by Eagle Rock / Universal in a number of formats: Blu-ray, DVD, Blu-ray/2CD, DVD/2CD.

Now you can see the video for “Pariah” from the DVD.

A deluxe 5LP vinyl version will be released later on in March 2019. The CDs include the full soundtrack of the concert across 2 discs, while the fifth LP in the vinyl set additionally includes the 3 soundcheck songs as well as 3 songs taken from the previous night’s performance (How is Your Life Today?, Blackfield, and Postcard), again none of which were performed during the filming and are therefore exclusive to the vinyl.