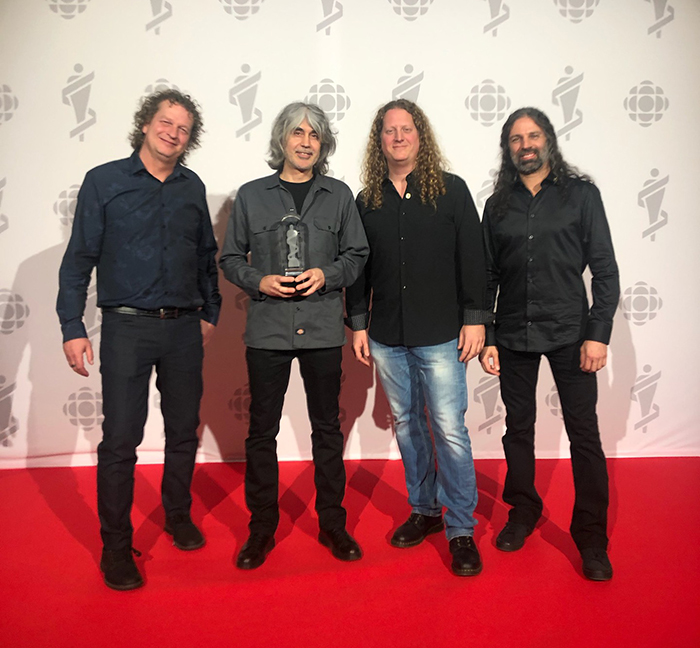 Congratulations are due to Canadian progressive sci-fi metal innovators VOIVOD for winning a Juno Award (Canadian equivalent to the Grammy Awards) for “Metal/Hard Music Album Of The Year” for their current studio effort “The Wake”, which was released via Century Media Records worldwide last September.

VOIVOD’s Michel “Away“ Langevin checked in with the following comment: “We are still floating from winning our very first Juno, for our new album ‘The Wake‘. It is the best source of energy to get ready for the upcoming North American tour with YOB and Amenra. We are also thrilled to go back to Europe this summer! Another highlight for us this year should be our show at the Montreal Jazz Festival in June. See you soon!“

VOIVOD at the Juno Awards 2019 – Photo by Julia Pittman / Sony Music Canada
Here is a list of all upcoming VOIVOD shows announced so far (Updates marked *), including a newly added run of summer dates for Europe: