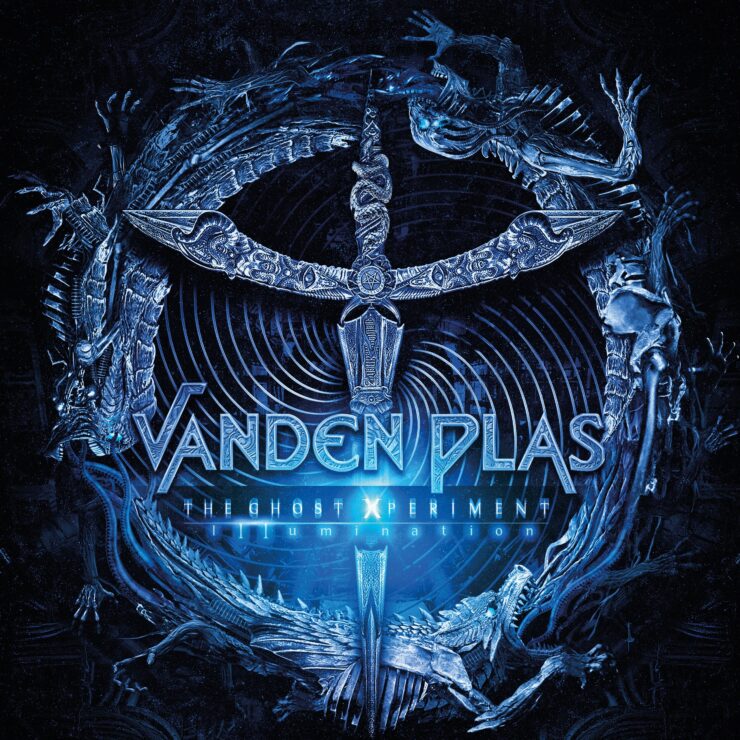 “The Ghost Xperiment – Illumination” will be released on December 4, 2020

About a year ago, the German progressive metal band Vanden Plas Official delivered the music world part one of their two part concept album, “The Ghost Xperiment”. Entitled “The Ghost Xperiment – Awakening,” the album ended on a cliffhanger, where during a séance, Gideon Grace, the main character, at last encounters the ghosts who have haunted him since his childhood. Ghosts? Exactly! Now comes the dramatic conclusion of the story with their new album, “The Ghost Xperiment – Illumination”. Fans can get their first taste of new music via the new single, ‘Under The Horizon,’ which is out today.

“For years, I’ve felt driven by the idea of writing a ghost story that casts a different light on the genre, and … at the end leaves the audience with a plausible explanation,” author and Vanden Plas lead vocalist Andy Kuntz elucidates. As for his inspiration for the story, Kuntz came across the Phillip-Experiment, an authentic and credibly documented investigation of necromancy…literally, conjuring dead spirits. “I knew immediately that I had found the basis for the story that I had been seeking for so long.”

Thus developed the story for “The Ghost Xperiment,” which continues in the second part “Illumination,” and reaches its startling conclusion. But of course these intelligent, inventive story telling lyrics need a strong musical vehicle for delivery and Vanden Plas astounds in that respect. While the orchestral arrangements in the first album in the saga had been reduced compared to the two previous “Chronicles of the Immortals” series, this time the progressive aspects of the band’s sound are even more apparent. Along with the band’s brilliant musicians, Stephan Lill (Guitar), Günter Werno (Keyboards), Andreas Lill (Drums), and Torsten Reichert (Bass), prestigious guests also add to this incredible showing. Alea from the leading German medieval rock band Saltatio Mortis joins Kuntz for a duet on the bonus track ‘Krieg kennt keine Sieger,’ Snow White Blood singer Ulli Perhonen shines in ‘Black Waltz Death’ and ‘The Ghost Engineers,’ and the backing vocals team is made up of longtime musical colleagues including Oliver Hartmann from Avantasia and Herbie Langhans from Firewind.

This highly concentrated musical power, paired with unexpected twists such as in ‘Black Waltz Death’ or the 13-minute long ‘The Ouroboros’ is what makes “The Ghost Xperiment – Illumination” so incredibly gripping. In addition, with the opener ‘World is Falling Down,’ Vanden Plas has created an unbelievably driving steam hammer engine and with ‘Under the Horizon,’ a true prog anthem. After hearing its hypnotic refrain just once, it’s already impossible to imagine the band’s musical universe without it.

In short, Vanden Plas continues to dedicatedly pursue their own unique path. The band’s creativity has not been deterred by the current pandemic. Theater engagements naturally had to be temporarily suspended, but in the months preceding, Vanden Plas had already showcased their own rock opera “Everyman” in Pforzheim, “Der Herbst des Winterkönigs” (The Autumn of the Winterking) in Amberg, and “American Idiot” at the Prinzregententheater in Munich as well as at the Tiroler Landestheater in Innsbruck. Those kinds of productions are no small undertaking, but despite the limits being pushed, the band performed “Concerto For Group and Orchestra,” the masterwork from Deep Purple keyboardist Jon Lord, in Kaiserslautern and also found time to finalize the song material for “The Ghost Xperiment – Illumination.”

Even in a time of crisis, the band has managed to progress, to give their best, and to present their fans with another glorious work that literally explodes with variety and vitality. “The Ghost Xperiment – Illumination” is precisely the medicine that we all need right now.