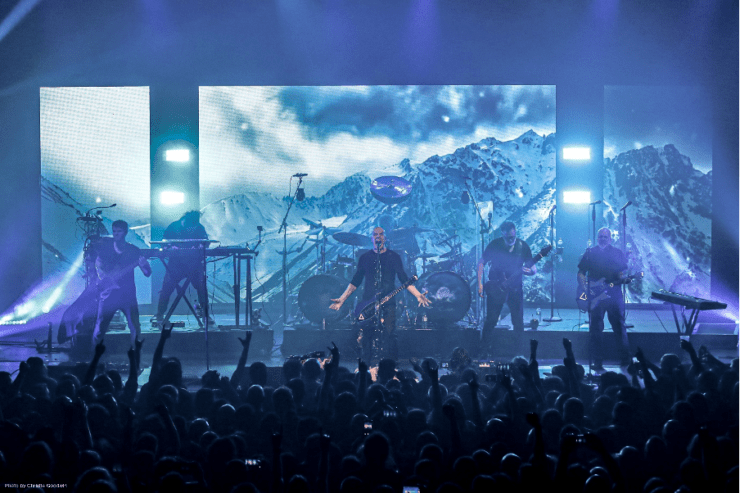 Devin Townsend will release ‘Order Of Magnitude – Empath Live Volume 1’ on October 23rd, 2020, a document of his Winter 2019 European tour that saw him taking on possibly his most ambitious live show to date.

Today sees the launch of the second clip from the release, and you can watch Devin and the Empath Volume 1 live band performing the track ‘War’ here:

Devin comments: “Hello folks, here’s another song from the Order Of Magnitude Blu Ray. Amidst the chaos of recent times, I look back at this concert as being another world in a lot of ways, and although the DVD has many different feels throughout the concert, this song, ‘War’ is indicative of the beginning vibes of the show. The whole idea with this concert was to experiment with playing songs from my catalog that didn’t rely on backing tracks or clicks, so assembling 10 people onstage to do this was no small feat. I wanted to create an experience for band and audience alike that was creative and without boundaries (to the best of our abilities), and I am very proud of it. The next song we will release will be a different vibe, but for now, please enjoy this take on a song of mine from the Infinity era. It was originally about fighting back against your own self destructive mechanisms and thoughts, so maybe that’s appropriate for what has been going on recently. Again; Thank you for the support and I hope you are finding the strength to get through this chaotic year.”