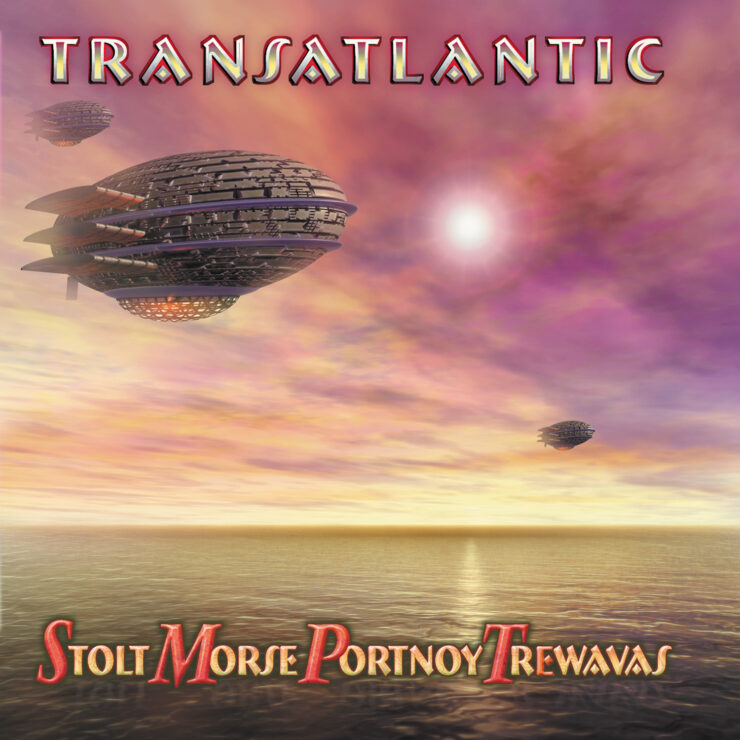 In 1999, Dream Theater released their landmark Metropolis II: Scenes From a Memory album with new keyboardist Jordan Rudess. Also a member of Liquid Tension Experiment, this move resulted in the conclusion of that band, which was also the first-ever side project for Mike Portnoy. Never wanting to be in just one band at any point in time, he immediately got to work on his next project.

Mike explains: “My assembling of Transatlantic was a reaction to ending Liquid Tension. Once Jordan joined Dream Theater, I wanted to put an end to LTE. So with the end of that came a void for me in having a side project outside of Dream Theater, which I really was enjoying at the time. At that point, I decided to put together some sort of prog super group. I was a huge fan of Neal Morse, having discovered Spock’s Beard a few years earlier. I really wanted to work with Neal, being such a big Spock’s Beard fan, so he was the first element I brought on board. Initially, it was going to be Jim Matheos from Fates Warning on guitar because Jim was one of my dearest friends back then and he and I always wanted to work together. So initially it was going to be myself, Neal, Jim, and Pete Trewavas from Marillion.

“Things didn’t work out with Jim, but at that point I was turned on to the Flower Kings, who were a pretty new band at that point and I was blown away by Roine [Stolt]’s incredible multi-instrumental talents, but also that he was such a prolific songwriter, very much the way Neal was with Spock’s Beard. I thought he would be the right element for this supergroup.”

So it was then that the band went to work on what would be their first album, SMPTe, a reference to their surname initials and also a computer term. The album features the signature epic “All of the Above” as well as the now classic ballad “We All Need Some Light”.

Like the Liquid Tension Experiment albums, the first Transatlantic album did well enough that the label encouraged a follow-up. Bridge Across Forever was released on Oct, 9th. 2001. The band would take a long hiatus, as Neal Morse would leave Spock’s Beard the following year and begin a solo career. They would return with their 3rd album ‘The Whirlwind’ in 2009 and ‘Kaleidoscope’ in 2014. They are currently working on album number 5.