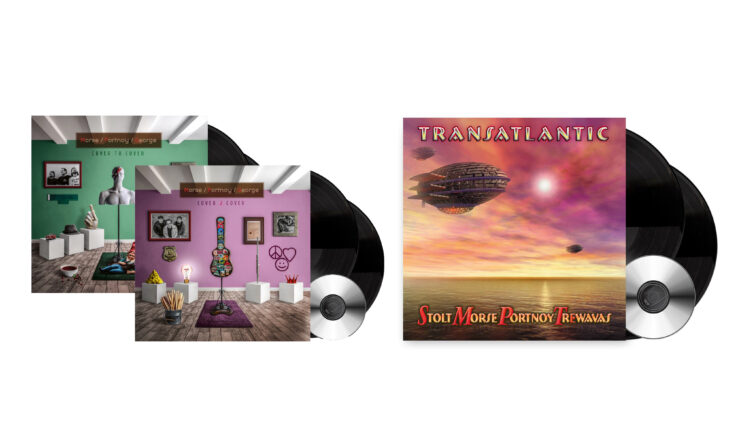 Following the release of their brand new fifth studio album ‘The Absolute Universe’, progressive rock supergroup Transatlantic are pleased to reissue their much-loved debut album ‘SMPTe’ on Gatefold 180g 2LP + CD + LP-booklet on April 30th, 2021. Originally released in 2000, this album saw Neal Morse, Mike Portnoy, Roine Stolt & Pete Trewavas coming together for the very first time, to craft what AllMusic called a “progressive rock masterpiece”, laying the foundation for the epic music that would be created by these four musicians over the next 20 years.

Last year Neal Morse, Mike Portnoy & Randy George returned to their Cover To Cover series with the new ‘Cov3r To Cov3r’, a brand new third installment. Now, for the first time ever, the first and second albums will see a vinyl release on April 23rd, 2021. Both ‘Cover To Cover’ & Cover 2 Cover’ will arrive on Gatefold 180g 2LP + CD, and are available to pre-order below.