Tour updates in the US 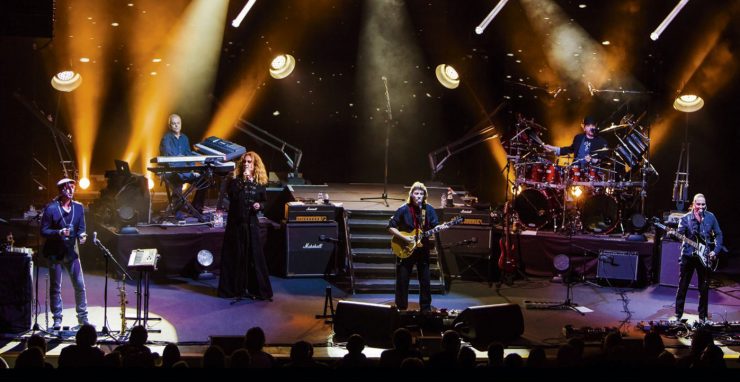 The latest tours from Queensryche, Steve Hackett, Between the Buried and Me, Kansas and more.

The summer outdoor touring schedule came to a close recently and as we head into the winter months, there are a number of bands either finishing up some tours or getting ready to hit the road. While the recent trend has seen an increase in newer acts building audiences throughout the US, we are seeing veteran acts playing larger venues again.

Two bands coming off of high charting new releases are both on tour in the US. Queensryche, with the successful release of their tour de force ‘Condition Human’ just finished up some dates opening up for the Scorpions and are closing out the year with a few shows at casinos across the west coast. They plan to tour to support their new album in 2016.

Meanwhile, The Winery Dogs, no doubt drawing Prog fans through Mike Portnoy, are filling venues in support of their new album ‘Hot Streak’. Having just seen their show last week, I can say that this is one show any Prog fan will enjoy and appreciate. Portnoy, Sheehan and Kotzen can shred with the best of them.

Steve Hackett is coming back to North America, this time on his ‘From Acolyte to Wolflight’ tour which bridges music from the earlier part of his career along with newer material and classics from Genesis. Nad Sylvan, who has just released his new album ‘Courting the Widow’ returns as lead vocalist for Hackett. The tour kicks off Nov. 8th in NY and runs through Dec. 11th.

Classic Prog Rock veterans Kansas are currently on tour performing a series of shows throughout Florida in October and December. The band recently announced signing with InsideOutMusic for a new album due out sometime next year.

Meanwhile on the Prog Metal front, Between the Buried and Me are returning for the third leg of their Coma Ecliptic Tour, beginning in November. The tour brings along Enslaved, Intronuat, and newcomers Native Construct along, which should make for a splendid evening of inspired and inventive Progressive Metal. The tour begins in Cincinnati, OH on Nov. 18th and concludes in North Carolina on Dec, 17th.

Finally Coheed and Cambria, promoting their brand new album, ‘The Color Before the Sun,’ are on the road with Thank You Scientist for a small run of shows from Oct. 20th to Nov. 6th. There will probably a larger scale tour for 2016.