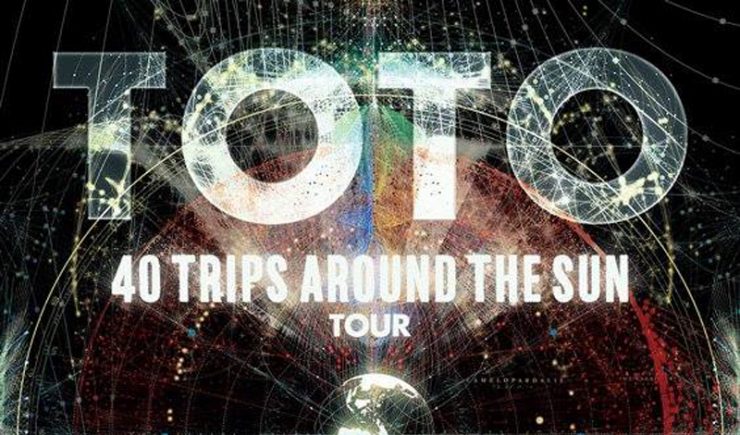 TOTO is pleased to announce twenty-one new North American shows in support of the band’s 40th Anniversary. The 40 Trips Around The Sun Tour will begin on July 30th in Vancouver at The Centre in Vancouver for Performing Arts. Tickets for these new shows in October and November go on sale this Friday: http://totoofficial.com/events/

It’s without question, that TOTO are currently in the middle of a major resurgence around the world. The band’s brand new Greatest Hits package titled 40 Trips Around The Sun (Legacy Recordings – Sony) debuted in the Top 40 in eight different countries. Their European tour earlier this year saw them performing to packed houses every night including sold out stops at the Ziggo Dome in Amsterdam and Royal Albert Hall in London. Most recently, Weezer’s covers of the classic TOTO hits “Rosanna” and “Africa” have attracted a ton of media attention along with over five million plays of the tracks.

TOTO also recently announced the release of their definitive box set: All In via Legacy Recordings (a division of Sony Music). This limited edition release is still available for pre-order here: http://SMARTURL.IT/TOTO40TRIPSBOXSET