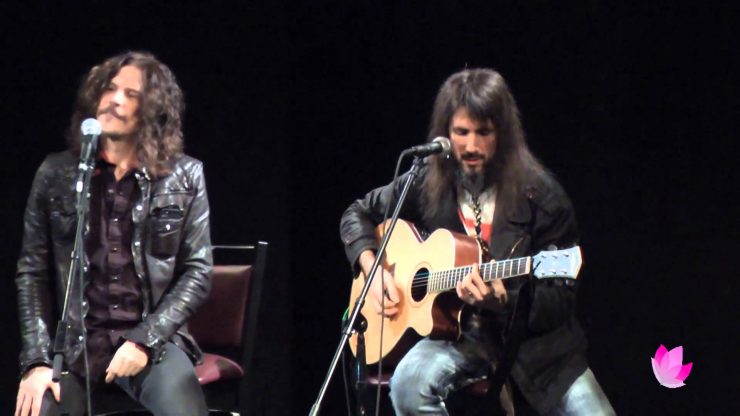 Guns N’ Roses guitarist Ron “Bumblefoot” Thal and former TNT frontman, Tony Harnell, have joined forces as a powerhouse acoustic duo and group.   The two met 20 years earlier when Tony was forming a new band after TNT took a break in 1992, and in Jan 2012 Ron and Tony were reunited at the NAMM convention in L.A. where the two started discussing the possibility of working together.   Soon after, Ron attended one of Tony’s performances in August, which he proclaimed was “the best acoustic show he had ever seen”.  Tony, being a fan of Ron’s, asked if he’d like to join him on the project and contribute to an EP he had been working on.

Ron “Bumblefoot” Thal is one of the co-lead guitarists in Guns N’ Roses and performed on the album Chinese Democracy.  Since the early 90’s, Thal has also released 9 CDs and a live DVD.  Thal has appeared as a guest performer on other albums and on numerous compilation CD’s.

Since leaving TNT in 2006 Tony Harnell has continued recording both hard rock, metal and acoustic rock albums and has been performing his entertaining acoustic set to sold out crowds around New York City.

The two recently released on a new EP entitled Tony Harnell & The Wildflowers Feat. Bumblefoot available on iTunes, CD BABY and via both of their websites.