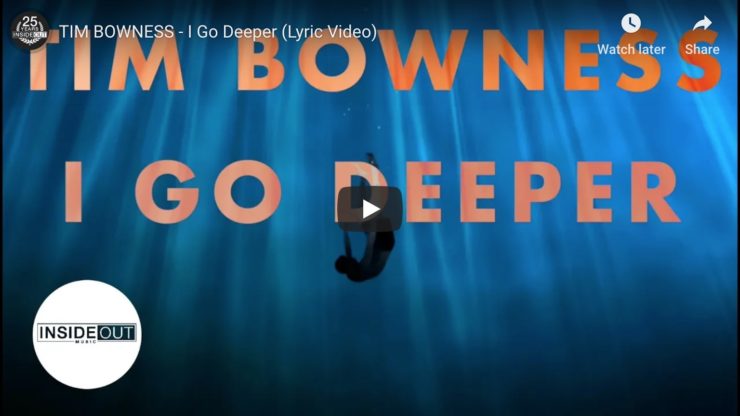 Tim Bowness’ fifth solo album ‘Flowers At The Scene’ is set for release on InsideOutMusic/Sony on March 1st, 2019. Produced by no-man, the album is a vibrant collection of 11 strikingly diverse songs.

Today sees the launch of the album’s first single, “I Go Deeper.” You can watch the video for the track here:

Tim comments: “This was one of the last tracks written for the album. I co-wrote it last Summer with Italian musician Stefano Panunzi for use in a film. The original is in the more romantic tradition of no-man (and Porcupine Tree at its most lush), but I heard something very different in the piece so set about accentuating the differences between the sections and completely changing the instrumentation. Colin Edwin and Tom Atherton make for a formidable rhythm section on this and the soaring guitar solo by Brian Hulse is also a highlight for me.”

‘Flowers At The Scene’ will be available as CD, LP + CD & as a digital album, as well as a limited edition red coloured vinyl version available exclusively through Burning Shed. Pre-order now here: https://timbowness.lnk.to/FlowersAtTheScene