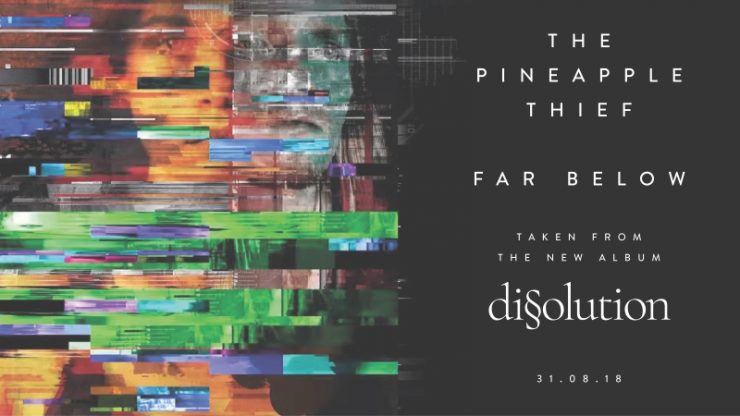 Dissolution is due out August 31st.

The Pineapple Thief have revealed their first single, entitled “Far Below” from forthcoming new studio album Dissolution. The highly anticipated follow up to 2015’s Your Wilderness, is the band’s second album to feature King Crimson and Porcupine Tree virtuoso drummer Gavin Harrison. Dissolution is due out August 31st.

Vocalist, songwriter and guitarist Bruce Soord explains the song’s evolution “’Far Below’ began life as a bit of a jam session between myself and Gavin. Gavin had this distinctive 6/8 rhythm going and it didn’t take long for me to find the melodies. And so, a song was born. Is it my favourite track from the album? Impossible to judge as the album covers so much ground. But it does showcase what the four of us want The Pineapple Thief to be about and I for one can’t wait to play this one live.”

Bruce Soord reveals more about the themes within Dissolution“broadly speaking the title reflects the disintegration of relationships and the undoing of our social fabric. We’re living in a time when supposedly we are more connected than ever before, but, I personally am at my happiest when I unplug that connection.”

Bruce Soord elaborates on the writing and recording process “We’ve once again been joined by Gavin Harrison. It’s been a real collaborative journey between the 4 of us writing and recording this record, with the songs taking on a life of their own. When everyone pulls in the same direction, amazing things can happen. The Pineapple Thief is a different proposition with Gavin. This time he was with me from the inception of ‘Dissolution’ and together we took the songs into territory I wouldn’t have found on my own. We found ourselves pushing each other so much further, both technically and artistically. There were times in the depths of the writing and recording process, which took 6 months, that I felt so exhilarated but at the same time exhausted and overwhelmed, that I couldn’t imagine us ever finishing the record. Every day we found ourselves finding that extra something we didn’t know we had. None of us would let anyone or anything get in the way of what we felt the album should become. I look back on the process with immense pride”

Gavin Harrison stated “It’s been fantastic to collaborate with these guys again – especially as this time I’ve been involved from the ground up. It’s been a most inspiring effort and I think it will prove to be the best yet.”

Dissolution was recorded across the UK at the band member’s various studios, Bruce explains “The drums were recorded and mixed by Gavin at his studio, ‘Bourne Place’ in London. He has the best sounding live room I have heard and gets an incredible drum mix. Gavin would send me a stereo drum mix that he would constantly tweak as the songs progressed. Jon records his bass at his studio north of Leicester. Steve records his keyboards at his mastering studio in Exeter and I record and mix the rest here in my studio (Soord Studios) in Yeovil, Somerset. It may seem odd that we were able to create something as ‘a band’ when we are so far apart. But we talked almost daily. Technology means ideas can be shared instantly. We were effectively jamming a lot of the time. Just a bit further apart.”

The Pineapple Thief have grown to become one of the leading lights of Europe’s experimental rock domain, Your Wilderness produced 4m+ album streams, a #7 in the UK Independent Charts and two extensive headline European tours culminating at London’s Islington Assembly Hall where the concert was recorded for the live release Where We Stood. 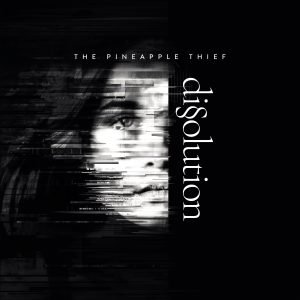 Dissolution tracklisting
Not Naming Any Names [02:05]

Dissolution will be released in the following formats – all available to pre-order now HERE: https://thepineapplethief.lnk.to/DissolutionPR