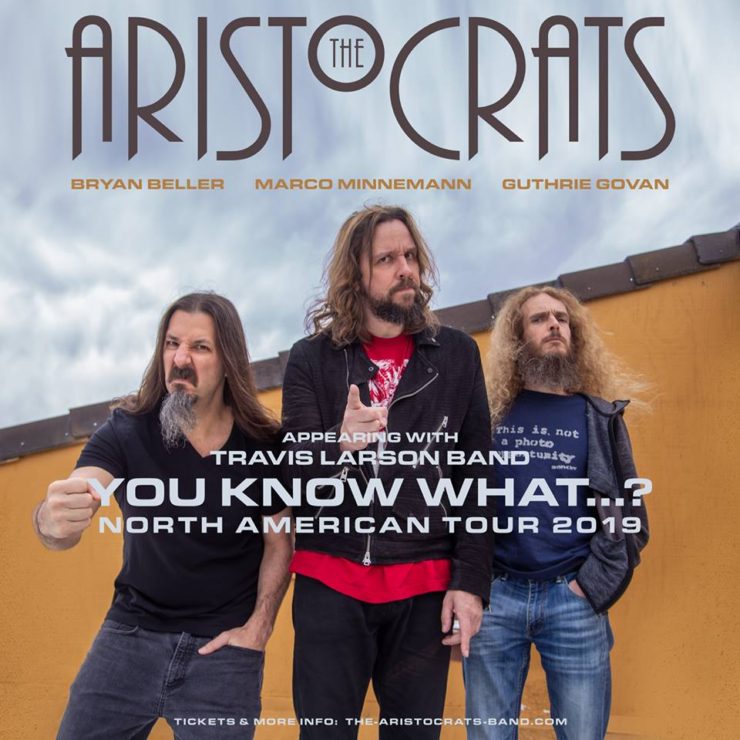 The tour runs through July and August

The Aristocrats, the eclectic instrumental group featuring Guthrie Govan, Marco Minnemann, and Bryan Beller, have announced a new North America tour for this summer. A new album is also on the way with more info on that to come soon, according to the band’s Facebook page.

THE ARISTOCRATS “YOU KNOW WHAT…?” NORTH AMERICA TOUR (support from Travis Larson Band)