Thank You Scientist – Cruise to the Edge Feature #4

Feature on Thank You Scientist, appearing on the Cruise to the Edge 2015. 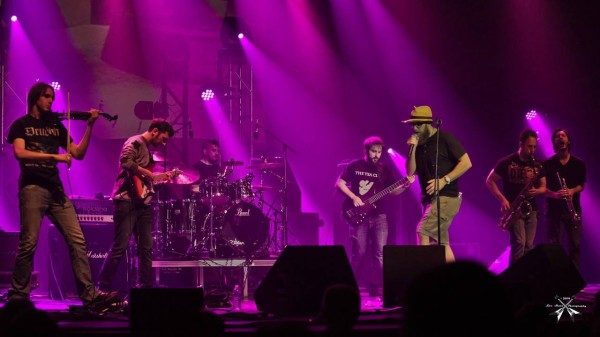 Thank You Scientist are a 7 piece Prog band from New Jersey.  They combine a different styles ranging from Prog, Metal, Jazz, Latin, Funk and more creating their own unique sound.  The group are also known for their outrageous live shows.  The band recently signed to Coheed and Cambria’s frontman Claudio Sanchez’s new label Evil Ink Records.  Their album ‘Maps of Non-Existent Places’ was originally recorded in 2012 and remastered and re-released in 2014 under the new label.  They are currently working on a new album.   For something entirely different, check these guys out.