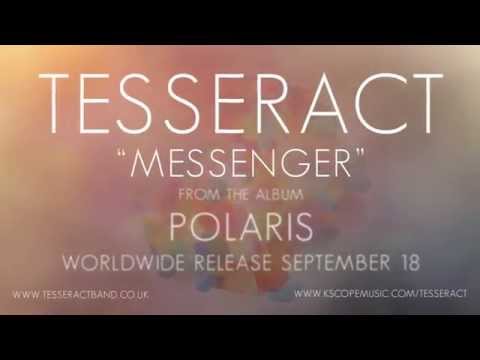 Lyric video for the new track by Tesseract – Messenger. POLARIS, is due out September 18, 2015 via Kscope.

Ahead of the release of the brand new studio album ‘Polaris’ from the U.K.’s premier progressive act TesseracT, the band are giving fans worldwide a chance to hear a new album track “Messenger”.

Vocalist Dan Tompkins comments on the track “The concept of our new album, Polaris is simple; it is about the transient nature of universal truth. There is no such thing as an absolute fixed human concept that will forever be the truth. Perhaps that is a message most of us can’t or don’t want to listen to but Messenger highlights an ever growing awakening from the onslaught of the social conditioning we’re exposed to everyday from the media. The truth constantly obscured and the public subdued by ‘Casting fear into doubt’”