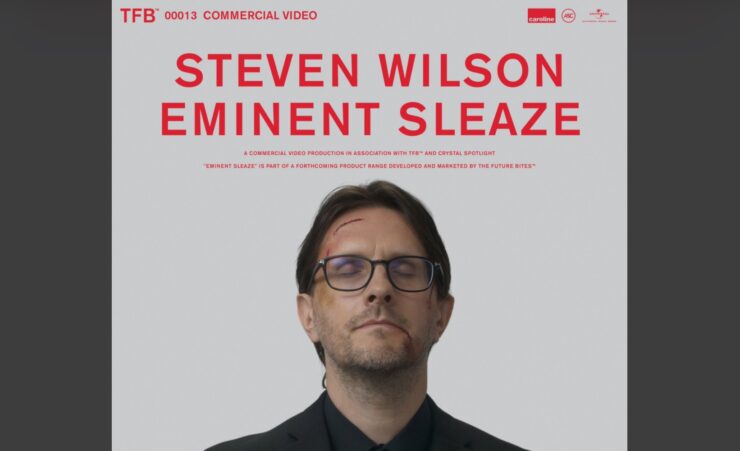 Steven Wilson has announced today’s premiere of an apocalyptic new song. “Eminent Sleaze” is available now for streaming and download; an official video directed by Miles Skarin is streaming now at YouTube. “Eminent Sleaze” is a wholly unethical life lesson strapped to a piece of grimy, low-slung funk, and as much a departure from Steven’s previous records as its immediate predecessor. The song heralds Wilson’s eagerly awaited sixth solo album, THE FUTURE BITES, due to arrive via Arts & Crafts on January 29, 2021, following a delay caused by the initial onset of COVID-19 and a subsequent revision. A striking trailer previewing the album’s provocative themes of high-concept consumerism and post-internet evolution is streaming now via YouTube.