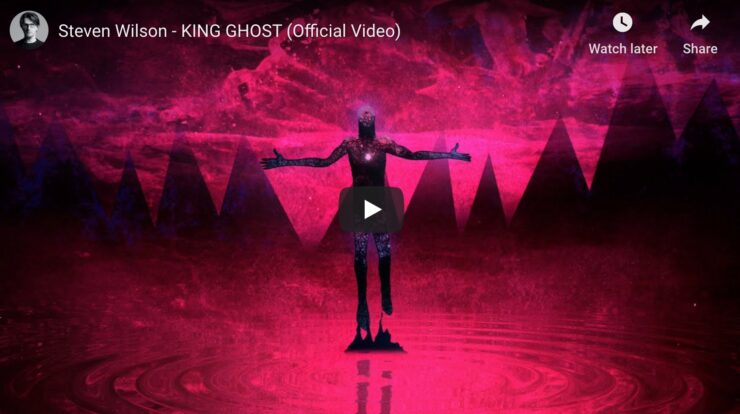 Steven Wilson has released the third single from his upcoming album The Future Bites, set for release on Jan 29, 2021.  The track “King Ghost” comes with a spectacular video from Jess Cope which you can see here:

Steven Wilson: “King Ghost is one of my favourite tracks from the album and I think one of the most beautiful songs I’ve ever come up with, powerful in its apparent simplicity. Apart from the percussion overdubs (played by Jason Cooper from The Cure and Michael Spearman from Everything Everything) the music is entirely electronic, mostly using analogue keyboards to create luminous and organic patterns and tones. Much like the song, the video Jess has created focuses more on rich colours and expressing thoughts and feelings though more abstract images, something that takes our collaboration into new territory. It’s stunning and I’m incredibly proud of the combination of the song and the video.”

Jess Cope: “Working with Steven is always challenging, in a good way. I am constantly amazed at his ability to push the boundaries of his music as he moves with the times. I was stunned by King Ghost the first time I heard it and it immediately inspired a certain imagery in my mind. This track encouraged me to explore vibrant colour, texture and pattern. I worked with the animator I originally used on ‘Routine’; together we explored the use of ‘drawn’ animation to produce some awesome and very tactile imagery for the character in the video. We are very proud of the way both music and video perfectly compliment each other.”