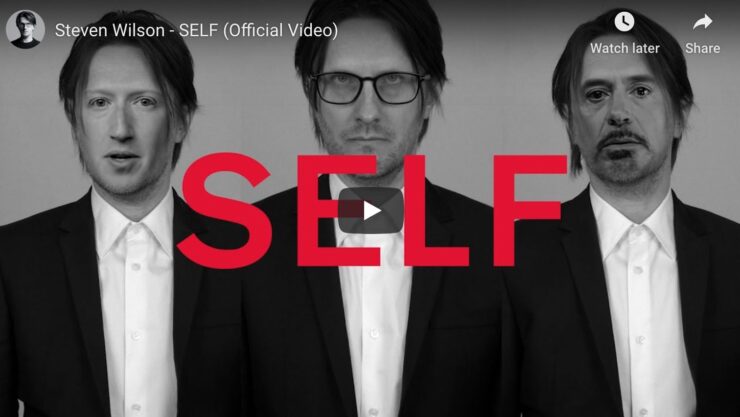 Steven Wilson sixth album, The Future Bites was just released on January 29, 2021 through Caroline International.  You can read our review of the album here.

You can also check out the recent Top 5 podcast we did with Steven here.

Today, Steven has released a video for the track “Self” from the album.

“SELF is about our new age of narcissism and self-obsession, one in which a human race that used to look out with curiosity at the world and the stars now spends much of its time gazing at a little screen to see themselves reflected back in the mirror of social media. In that sense everyone now can take part in the notion of celebrity, and has the potential to share their life with an invisible mass of people they will never meet. The video takes things further by exploring the idea that anyone can now project a version or “self” that has no bearing on reality, and by using only well known faces the deception is made transparent.” – Steven Wilson

“In our early discussions about the Self video, we were talking about the concept of identity in the digital age, how your face is not only your key to a lot of the media you consume, it represents who you are – or who you pretend to be in your online personas. One of the most intriguing new developments in recent years have been the ability to create deepfakes, where a computer runs a machine learning algorithm to predict what one face would look like in another’s pose. Anyone with the right tools and ability can now turn themselves into anyone else, so what does that mean for identity?” – Miles Skarin, Director