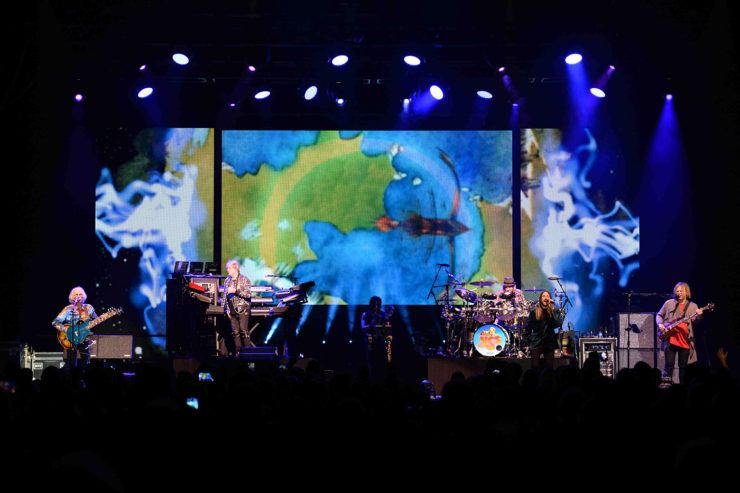 More tour cancellations announced from some of prog’s biggest acts.

The Covid pandemic continues to plague the tour industry, especially in Europe and the UK where a few big tours just announced tour cancellations and postponements.   Steven Wilson completely cancelled his highly anticipated tour for The Future Bites, which had already been postponed since last year.

Steven released this statement: “Sadly for the second time I am forced to postpone my tour to promote THE FUTURE BITES – the rescheduled dates were due to begin in September. While recent developments made me at least optimistic that the UK shows might have been able to go ahead (though no guarantee), the same is not true of much of the rest of Europe. With it now clear that it would not have been possible to proceed with many of the shows I have reluctantly made the decision to cancel the whole tour.

Meanwhile, Kansas has rescheduled their Europe tour dates to 2022, releasing this statement: “Due to COVID-19 travel restrictions, limited capacities, and other potential public health precautions, the Point of Know Return Anniversary European Tour is rescheduled till 2022. We look forward to seeing our European fans at that time. Ticket purchasers’ tickets will be honored for the new dates.” Dates are available on the band’s socials and website.

And today, Yes has announced they will be postponing their tour to May and June of 2022. “Due to COVID restrictions across Europe, and for everyone’s safety, we need to reschedule our forthcoming European and UK tour dates for 2022.
We have managed to reschedule shows in all cities apart from at the Rockhal in Luxembourg. Sadly, the Rockhal didn’t have available dates to accommodate the show so we are going to have to cancel it. We hope to be back in Luxembourg in the future. Tickets for all other shows remain valid for the new dates. Geoff Downes says “We’re really looking forward to getting back onstage and performing for our fans. Relayer will be special.”

Unfortunately, it looks like this might continue to be a trend in Europe and the UK for 2021. Shows are expected to return later this in America, with singer Geoff Tate releasing an extensive run of shows beginning in Sept and running through Nov.