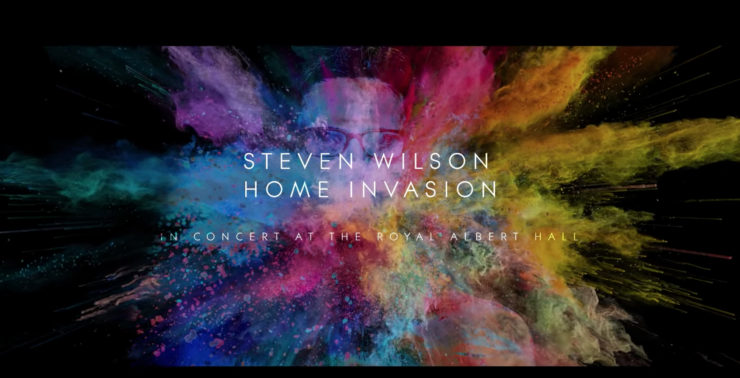 Home Invasion: In Concert at the Royal Albert Hall will be released on November 2nd, by Eagle Rock / Universal

Steven Wilson is releasing a live set from his historic performance at the Royal Albert Hall earlier this year.

Home Invasion: In Concert at the Royal Albert Hall will be released on November 2nd, by Eagle Rock / Universal in a number of formats: Blu-ray, DVD, Blu-ray/2CD, DVD/2CD. A deluxe 5LP vinyl version will be released later on in March 2019. The CDs include the full soundtrack of the concert across 2 discs, while the fifth LP in the vinyl set additionally includes the 3 soundcheck songs as well as 3 songs taken from the previous night’s performance (How is Your Life Today?, Blackfield, and Postcard), again none of which were performed during the filming and are therefore exclusive to the vinyl.

“I’m proud to announce that a concert film of the spectacular career-spanning To the Bone tour is to be released in several formats later this year. Home Invasion captures the final night of my three night March 2018 residency at what is probably my favourite venue in the world, the Royal Albert Hall in London. The full performance is included, and it looks and sounds absolutely fantastic, everyone involved working incredibly hard to make this a really high quality release in all departments, and to capture the visual elements of the show (plus as you would expect with a show presented in quadraphonic sound audio options also include a surround sound mix). Bonus material consists of 3 additional songs not part of the main show (Routine, Hand Cannot Erase, and Heartattack in a Layby) filmed in the empty venue during the afternoon soundcheck, as well as interview / backstage footage. Over 3 hours of content in total.”