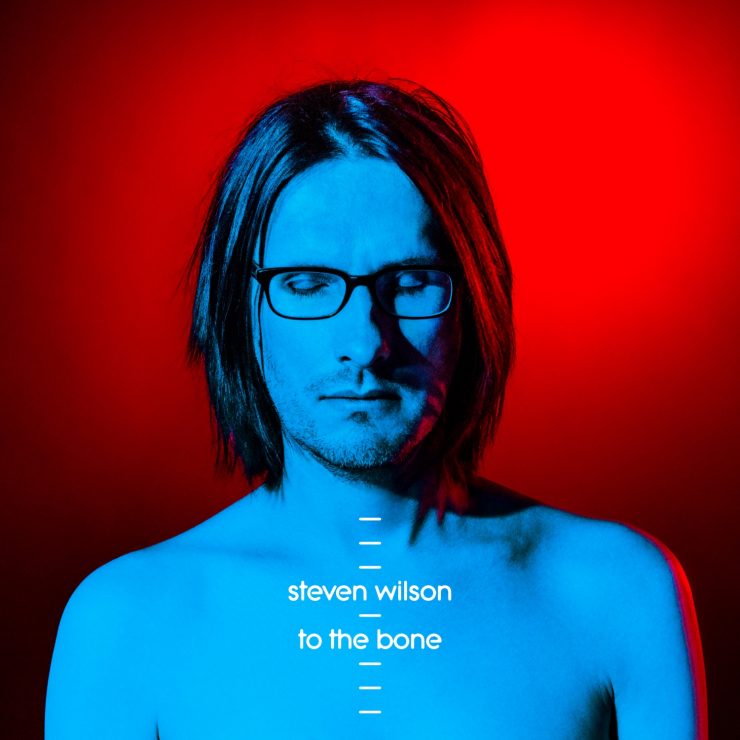 Steven Wilson has been at the top of the Prog mountain for some time now.  From his ground-breaking work with Porcupine Tree to his fearless solo career, perhaps his only mistake was being born at the wrong time.  Had he been born earlier he surely would be recognized universally along with other greats like Waters and Bowie.  It was also a time where artists were not defined by a specific genre and allowed more freedom to approach different styles of music.  He has long said he doesn’t see himself as solely a progressive rock artist and does not intentionally seek to make those type of records, it’s just in his DNA.  He has sought after a way to break from the trappings of the Prog label for some time.  With that in mind, we have the new album by Steven Wilson, the eclectic To The Bone.  For anyone who feared he might release a collection of “Invisible Touch” singles, fear not.  There is plenty here for the fan of Wilson’s progressive side.  He has not thrown out the baby with the bath water. However, this is a fresher and bolder Steven Wilson, like it or not.

For those that have followed his career from the early days of Porcupine Tree, this album really should come as no surprise. He has never done what people want him to do.  Even on albums like Lightbulb Sun and Stupid Dream, there are shorter, poppier songs (“Piano Lessons”).  With Blackfield, he has explored a softer, more delicate side and conversely, just as Porcupine Tree was breaking, he went and made an avant-garde record like Insurgentes. The larger point is that with his fearlessness, comes authenticity and that is as much what makes his music transcendent as is his ability to write a good hook.

His 5th full-length studio album, To The Bone, is a culmination of Wilson’s vast and inventive career; a sampler of his work, with a few new twists thrown in. The album opens with Peter Gabriel noises and percussion as dark, Pink Floyd singular guitar notes build suspense. From there, the song becomes a 90s alt-rock meets XTC track, complete with distorted harmonica. But this is only half of the song, where we are then greeted by early 90s Porcupine Tree for a complete and sudden change in the song. Just like that, you are welcomed in to familiar waters.  This is a common theme throughout the album.  Recent single “Song of I” is similar in that it starts off sounding strange and out of place until the middle explodes with an orchestral section that makes the song’s intentions all too clear. Wilson never gives away the good parts without the listener having to earn it by paying attention.

There are, as evidenced by some of the singles, more accessible tracks spread out throughout the record.  Songs like “Nowhere Now” find Wilson firmly comfortable in his new pop surroundings, drawing from Lightbulb Sun and Blackfield, yet sounding invigorated. He sings “Here above the clouds, I am free to roam the crowds” as if enjoying his new found freedom.  Meanwhile, the album’s first single “Pariah” follows a more reliable path and is a track that no doubt provided some relief when first experienced a few weeks ago.  Ninet Tayeb is invited back to the party for a couple of tracks (the other the short acoustic “Blank Tapes”) and shines here.  Her voice counters with Wilson’s perfectly and she does a brilliant job of adding urgency to the lyrics. The second single “The Same Asylum as Before” again is a slice of Porcupine Tree (“Prodigal” anyone?) with falsetto singing during the verses.  Certainly, the most polarizing song on the album will be the 3 minute track “Permanating”.  The blatantly pop-tinged track that Steven describes himself as what “ABBA and Electric Light Orchestra would sound like as produced by Daft Punk”, is not a bad song by any means.  Is it what his fans will accept him doing, and will it garner him any new fans? Time will tell.  But if there was a song that was unlike anything he has ever done, it is that one.

Now to the real proggy stuff on the album, and make no mistake, there are still a few killers on this set.  “Refuge” is a haunting and bombastic track that would easily fit on Hand.Cannot.Erase, Wilson’s best selling album from 2015.  Then there are the two standout tracks, the final two on the album.  The 9-minute “Detonation” is simply breathtaking.  Peak-era Porcupine Tree, mixed with Wilson’s new solo vision, it is hard to imagine anyone else having the ability to shape a song in such a manner.  It is a continuous flow of one idea that keeps evolving, yet it does not sound at all redundant.  Quite the opposite, as it shifts slightly enough that by the time it ends, it sounds like a reinvented and different song. Finally, the album closer, “Song of Unborn” is a glorious return to the Wilson ballad.  Nothing will top a track like “The Raven That Refused to Sing” but this is a song built with that blueprint.  The vocal harmonies on this song alone might make this album worth a listen.

Wilson has become a master of song construction.  No song on this album is just a repeat of parts.  Each song is its own story; each follows its own progression and has its own purpose. By re-examining his approach, Wilson has just streamlined what he always did and refashioned it with the hopes reaching a broader audience, while still pleasing his loyal fanbase.  There is less metal, less heavy guitars and fewer parts, perhaps parts that weren’t needed in the first place. Wilson has described his love of 80s prog-pop albums like Tears For Fears – Seeds of Love or Peter Gabriel’s So, and those albums are not a bad comparison. The misconception is that Steven even went that far.  There are a few different moments than we are used to hearing, but perhaps not even far enough to crack through that ever elusive mainstream ceiling.  Prog or not, ‘To The Bone’ is another masterwork by one of the greatest artists of our time and every bit as inventive and exciting as anything he has ever done.