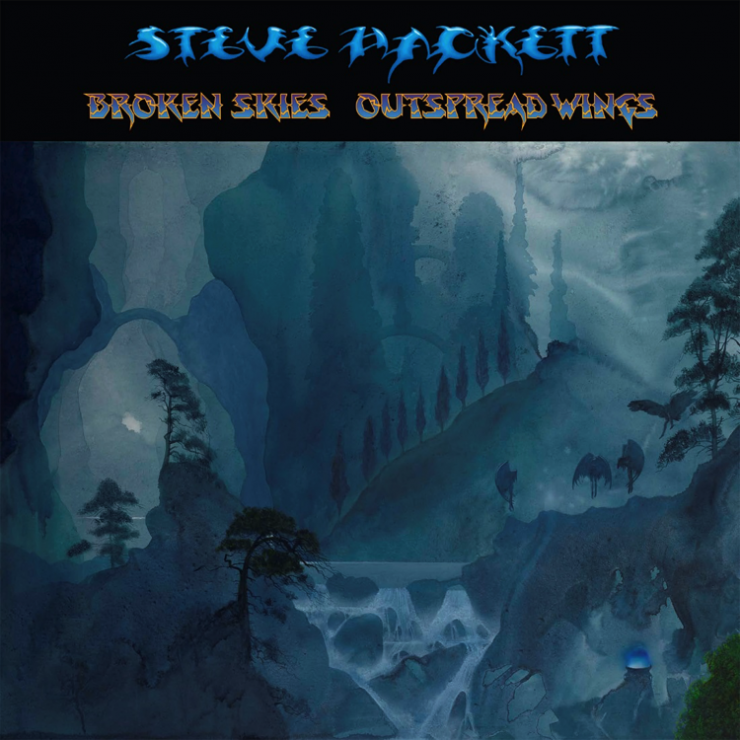 Following on from 2015’s ‘Premonitions’, this special art-book compiles the albums ‘Till We Have Faces’, ‘Guitar Noir’, ‘Darktown’, ‘Feedback 86’, ‘To Watch The Storms’ & ‘Wild Orchids’ – all newly remastered, alongside a host of bonus tracks. In addition to this, 2 DVD’s are included which feature several recent live rarities and 5.1 mixes of selected songs, as well as the glorious ‘Somewhere in South America’ live DVD capturing a set in Buenos Aires. This is rounded off by brand new artwork from Roger Dean (Yes, Uriah Heep), beautifully presented as a 60-page book with liner notes, rare photos, lyrics and more.

Steve commented on the release: “I’m excited to announce the release of a special bumper retrospective 1984 – 2006 collection. This will include six re-mastered albums, several 5.1 surround sound tracks including a new version of the GTR track “When the Heart Rules the Mind”, three previously unreleased live videos and the whole of the DVD Somewhere in South America, as well as a 60 page booklet including rare photos and new liner notes.
I’m incredibly proud of this collection which highlights a huge variety of styles and musical dreams in development over the course of more than twenty years…”
Steve Hackett

At the beginning of the year, Steve’s latest live release was launched, titled ‘Wuthering Nights – Live in Birmingham’ and documenting his 2017 UK live dates where he celebrated the 40th anniversary of the legendary Genesis album ‘Wind & Wuthering’ as well as his latest studio album ‘The Night Siren’.