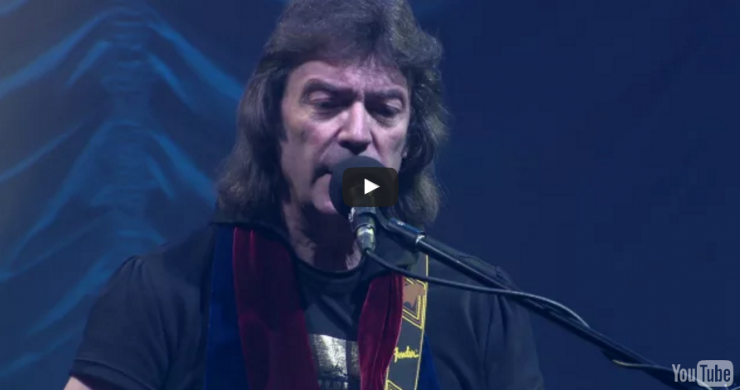 Progressive rock guitar legend Steve Hackett is set to release2 CD/2 DVD, Blu-Ray package THE TOTAL EXPERIENCE LIVE IN LIVERPOOL, due out in North America on July 29th (please note new release date) via InsideOut Music.  The package was filmed during Hackett‘s Acolyte To Wolflight With Genesis Revisited tour last year.  Now you can check out a live clip for the title track from his last album ‘Wolflight.’

Celebrating the 40th anniversary of his first solo album VOYAGE OF THE ACOLYTEand following his latest album WOLFLIGHT, the Acolyte To Wolflight With Genesis Revisited Tour was Hackett‘s effort to represent the many chapters of his career. Featuring two sets – one highlighting his solo work, the second paying tribute to Genesis – the two hour performance was greeted with enthusiasm by both fans and critics.  To preorder the package, please click here.