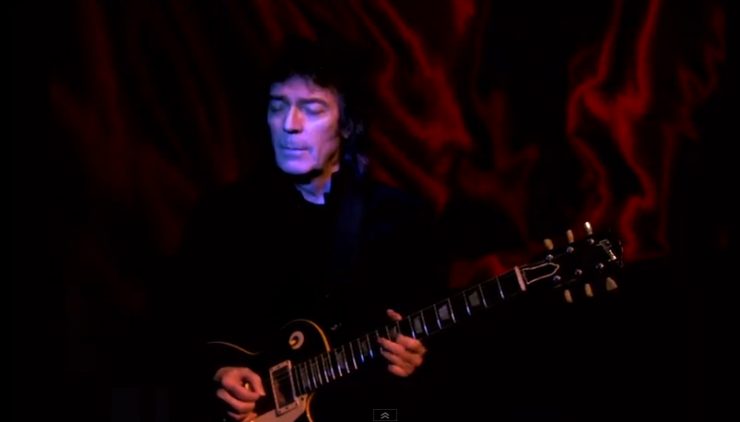 Steve Hackett’s has released a brand new video for another track off his already successful album “Wolflight.”  The track Love Song To A Vampire” is a gothic, haunting video of which Hackett commented, “The ‘Love Song to a Vampire’ video was directed by Paul Gosling whose filming I was impressed by. Most of the film was shot in the historic and atmospheric city of Leicester. Paul was keen to highlight the combination of Gothic imagery with the portrayal of an abusive relationship implicit in the song. We discussed the ideas together…The transformation from the glamour that lures the victim to the final destructive hold.”

The song is beautiful throughout but stay till the end for the awesome ending.