The Song That Changed My Life – Marco Minnemann 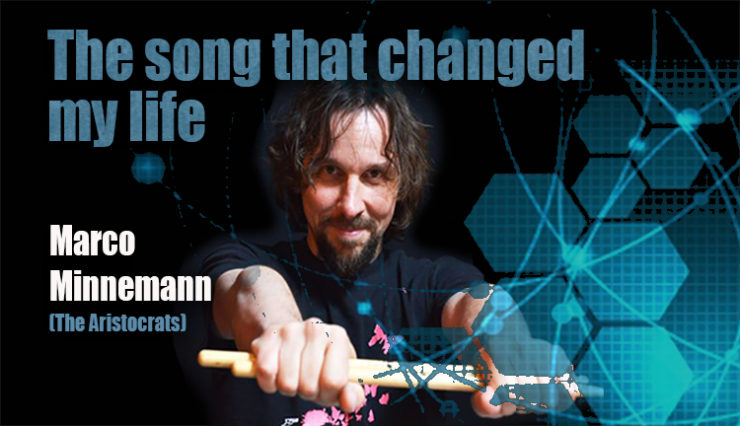 Marco Minnemann tells about the song that changed his life.

We have asked a number of great artists what was the song that changed their lives. The answers might surprise you.

Drummer extraordinaire Marco Minnemann (The Aristocrats) offers his thoughts. (Taken from a past interview on The Prog Report)

“I very much remember my dad playing me Queen’s album ‘News of the world’. I was 6 years old and when that sequence of ‘We will rock you/we are the champions’ came on the turntable, I grabbed my dad’s tennis racket, which became my imaginary guitar, the living room rug became the stage.. And I started rocking out to these songs. And Queen remains one of my favorite bands ever since.”

Marco Minnemann’s band The Aristocrats’s new album ‘You Know What…?’ is out now. You can read our review of the album here.