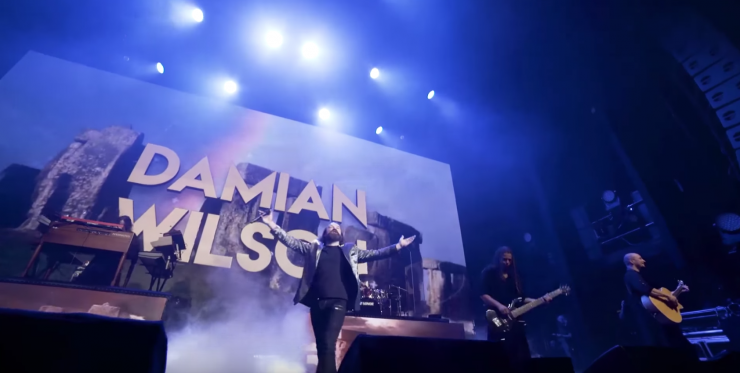 In anticipation of the release, Arjen has just posted a final sneak peek from the performance, which he says is his personal favorite: “And The Druids Turned To Stone.” Watch it here:

Lucassen explains, “This is my own personal favorite: And The Druids Turned To Stone. Mainly because of Damian’s amazing performance, he totally owns the stage here. Despite this being a relatively quiet atmospheric track, for me this was one of the highlights of the show. Hope you agree, enjoy!”

This unique performance features 16 singers, 28 songs, an 8 piece band and a special appearance by Arjen. The duration of the show was more than 2 hours. It was filmed with 30 cameras and will be released on DVD and Blu-ray with 5.1 surround audio, with an extensive list of extras, including a behind-the-scenes documentary with interviews with every singer and musician, and a compilation of the try-out show performed a few weeks earlier.