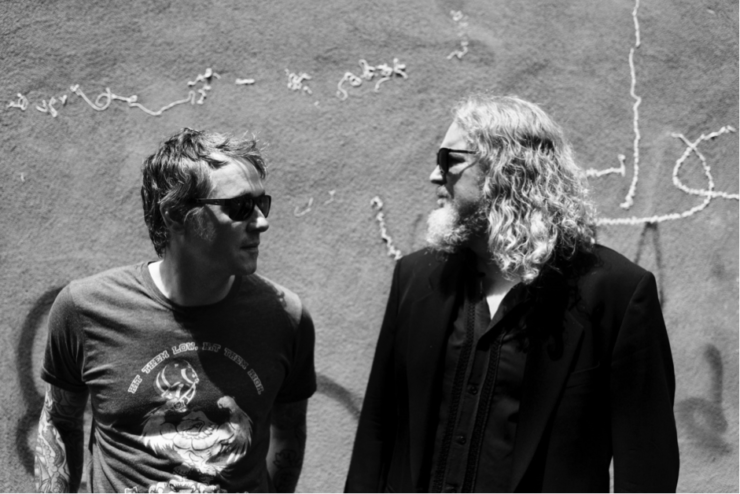 Self-titled debut album due out on September 6th, 2019.

InsideOutMusic are pleased to announce the signing of Philadelphia-based duo RISE TWAIN to the label, for the release of their self-titled debut album on September 6th, 2019. The union of Brett William Kull (producer, audio engineer, and member of Echolyn, Grey Eye Glances, and Francis Dunnery’s New Progressives) and J.D. Beck (The Scenic Route, Beck-Fields, author & playwright) bring their collective years of direct and varied experience in writing, performing and recording music together for their impressive debut.

“This entire album has been a serendipitous occurrence. From the beginning writing process to the final mixes and masters, we have experienced fortunate moments that have given our endeavor a momentum all its own. Meeting Thomas Waber from InsideOut Music is an example of this. Like the writing of the songs, signing with the label felt easy and natural to do. Thomas and the staff have been wonderfully helpful and active in promoting the energy and momentum of what we started. The songs carry this force in them. You’ll feel it from the first note of the album to the last, whether listening with headphones, lights dim, or in a car with the windows open and alive. Check this music out!

Talking of how the duo came together: “I produced an album for J.D.’s original band, The Scenic Route”, says Kull, describing his first meeting with Beck in 2007. “They were a rocky, progressive kind of band, like a Jeff Buckley kind of thing. I was immediately drawn to his vocals. He’s such a strong singer.” Kull says he and Beck immediately hit it off, what he describes as an “inevitable connection.”

Adds Beck, “I just knew I had to work with Brett on a higher level. When I came in to cut the vocals on the Scenic Route album, the way we worked together…some people you just gel with, and then some people you have a barrier with. Brett and I gelled.” They spoke of one day collaborating on their own project, which finally surfaces as Rise Twain.

Discussing the album’s musical direction, Beck notes, “There’s not a typical structural theme that we use over and over and over. ‘Organic’ is a word that comes to mind. Seeking openness through simplicity and allowing the complexity of music to exist without the necessity of overly packing it or overly processing it. With that we were able to achieve such a broad spectrum of sound, and a colossal sense of its existence, without having to have a billion guitars and a billion things put over top. There’s some colouring with strings and other embellishments, but it really is something very simple and stripped down, and it’s awesome.”

Kull adds, “There’s a lot of complexity in this, but it’s not overt in the least bit. But yet, when you get into it, there’s all this really rich harmonic and dynamic stuff going on.”