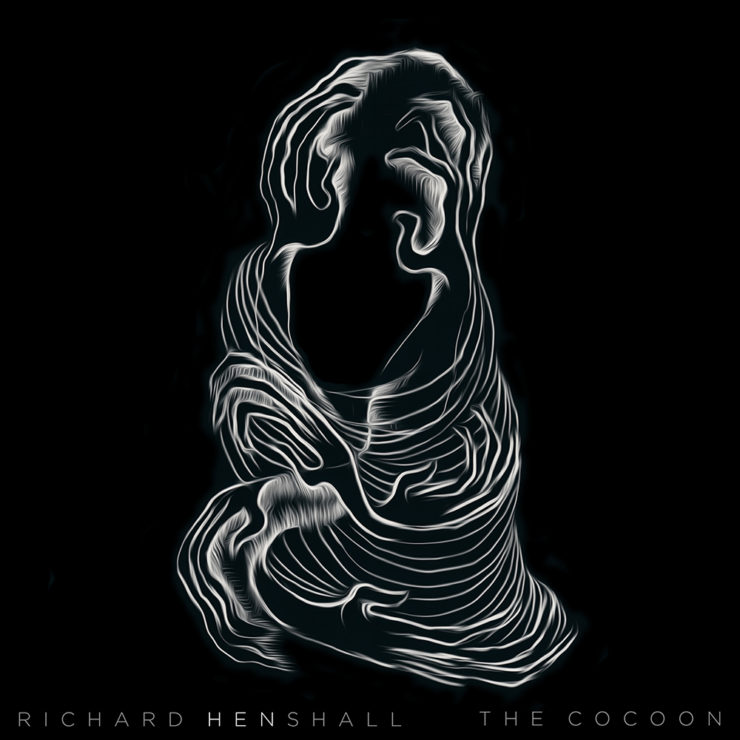 In the midst of one of the strongest years of the current progressive rock era, writing reviews has become a great blessing. The fact we are experiencing first hand the creation of so much excellent music is priceless. And now we have another surprise addition to the already gargantuan amount of music released in 2019. Richard Henshall and his work with Haken has become one of the cornerstones of prog and prog metal. In releasing his first solo project ‘The Cocoon’, we have an opportunity to see what he is capable of without the restrictions or compromises of being in a collective band.

Recently, during a Top 5 Porcupine Tree Songs podcast with The Prog Report, Henshall explains how his project came to be:
“Well it’s been quite a while to be honest, I’ve actually been working on it for roundabout 3 to 4 years. It’s been tricky as I’ve been doing other things. Obviously, Haken takes up a lot of my time. In those four years I wrote a Nova Collective album with my friend Dan Briggs. I’ve been fitting in writing of ‘The Cocoon’ in those small pockets of time in between the other things. It feels really cool to finally be in a position now where I can unleash it into the world and I really couldn’t be happier with how it’s turned out. I’ve got some of my favorite musicians and friends on there. I’ve got Matt Lynch who I play in Nova Collective with, he’s on the drums and is a complete freak of nature. I couldn’t be happier with what he’s done in the album. I’ve got Connor, who’s my compadre bass player from Haken and everyone will know his technique and style. I’ve got a whole bunch of other guests on there as well. I couldn’t be happier.”

The opening track “Pupa” is a short instrumental piece which establishes Henshall’s signature sound with a distant piano intro leading into a powerful and technical avalanche of rhythm goodness. At this point, fans will feel right at home with extended range distortion and mad drumming hits as the keys and bass perfectly fill out the sound spectrum. This goes immediately into the album’s title track “Cocoon” where we experience Henshall’s lead vocals. While not a seasoned vocalist, Henshall uses the vocals as another instrument precisely blended into the mix with electronic effects and tight harmonies. Ultimately, the vocals seem to fit and help create the atmosphere that drives the album. The 10+ minute track is packed with very detailed musical intricacies and a wide variety of dynamic styles. It does a great job in keeping the ear entertained. Henshall’s guitar skills are on full display and impress. And just at the right time when you think you have this sound figured out, a mad saxophone solo kicks in along with a guitar in a moment which Thank You Scientist fans would really enjoy. The song blends seamlessly into the third track “Silken Chains”, a song who’s groove is established by an arpeggiated keyboard pattern. Henshall’s vocals serve the song well into the groovy chorus and the detailed musical intricacies continue as guest guitarist David Maxim Micic shows off his guitar skills. The song builds right up to the end where everything fades into a haunting distant piano pattern giving the listener the first sonic break of the album.

“Limbo” is a short song which showcases Henshall’s compositional gift for great melodic choruses as the vocal and guitar beautifully compliment each other. It finds Henshall embracing the electronic and ambient side of his influences, not a style that can explored much in the Haken world. The song is at a perfect spot on the album which allows the listener to be relaxed and hypnotized by the building instrumentation ending in an audio wave of epic levels. Then, “Lunar Room” starts off with a pulsating beat and the guest vocals of Bent Knee’s Ben Levin, raps during the opening part of the song, again something unexpected. This song really shows Henshall’s intention of pushing the boundaries of his music as he creatively combines all sorts of audio variety, combining rap lyrics with spatial keyboards and electronic style beats and yet maintaining his own watermark on the sound. Levin’s band mate, Jessica Kion, injects the song with an ethereal and mysterious vocal line surrounded by the soothing groove from Lynch and Green. During an extended instrumental section in the middle of this 8+ minute piece, a terrific and tasteful guitar solo is provided by Marco Sfogli (PFM, Icefish) in the midst of a fusion style chord progression. The ending has a typical djent-style guitar riff over a huge keyboard sound.

“Twisted Shadows”, the most Haken sounding song on the album, begins with a Leprous type interaction of syncopated rhythm over a calm keyboard line. Another song which clocks in at over 8 minutes, this track has some timely vocals from Haken’s frontman, Ross Jennings. The rhythmic tightness between Henshall’s guitar, Green’s bass, and Lynch’s drums set the bar for prog precision. Another long instrumental section in the song is highlighted by a jazzy segment which, even though is entirely different from anything in the album, it fits right in. The versatility of the band is very evident here as they easily shift from smooth jazz into a heavy groove. At this point, the keyboard wizardry of Dream Theater’s Jordan Rudess is highlighted. This is the song that that Haken fans are likely to absorb easily.

The closing track, “Afterglow” begins with what feels like like a nostalgic memory as the guitar plays a melancholic line while the clicks and pops of a turntable and the distant laughter of children create an emotional mood. Henshall puts on the hat of a film scorer as he uses the string arranging talent of Chris Baum (Bent Knee) to create an epic wave of sound. The string bring the album to a close in what initially sounds serene, but then turns into a bit uneasy vibe.

With this solo project, Henshall has composed material which will not only find common ground with his established followers from his past efforts with Haken and Nova Collective, but also bring in new fans with the more varied sound palate. The versatility of the musicians is to be admired and commended as the boundaries of Henshall’s musical world have been pushed and expanded. We already had an idea of what he was capable of with the early Haken releases in which he was the main composer, however, this established his musical compositional ranking at a whole higher level. This album also makes 2019 an even better year for prog.