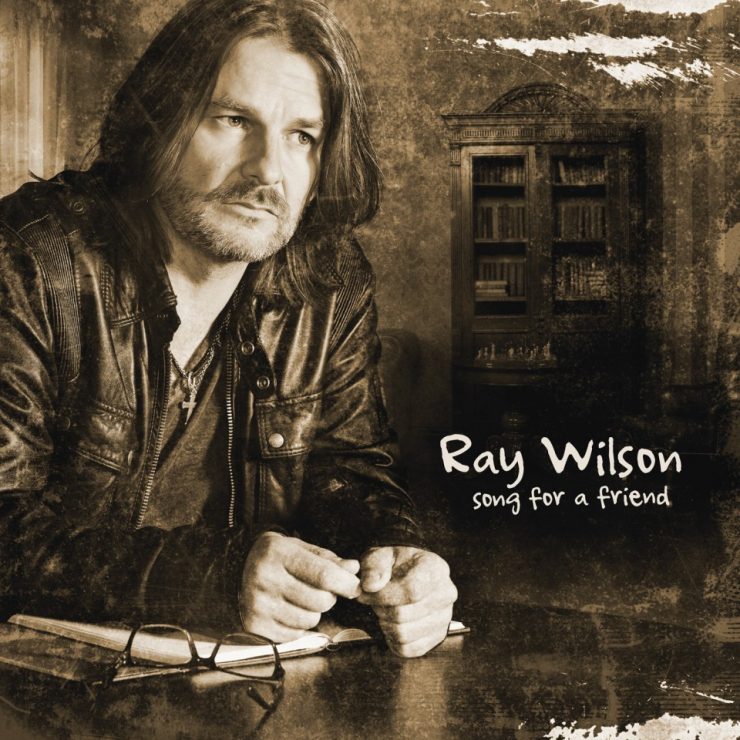 Ray Wilson might not be a known name in the Prog world were it not for an unlikely opportunity to front one of the most important Prog-rock groups of all-time in Genesis.  While that lineup only recorded one album and disbanded shortly after, it brought Wilson to the attention of many fans of Genesis and Progressive rock, and it’s great thing that happened.  Otherwise, we might have been deprived of knowing one of the great voices in rock today.  Wilson is not a traditional Prog rock singer.  He is more one by association.  His music has always been focused more on the lyrics and the stories behind them, with the music being more straight forward.  His recent output, while nothing close to resembling his work with Genesis, has been stellar nonetheless.  On his latest album, the acoustic driven ‘Song For A Friend’, Wilson strips things down completely for a soulful and brilliant album.

Much of the album has to do with a friend that had passed in Wilson’s life.  With each song, he tells another story and paints a vivid picture with each line. On the title track, he goes down memory lane, “If you look over there, that’s where I was born.”  The song is haunting, as he recalls simple memories of his mother, “She was just the best mom in the world.”  Another beautiful track is the inspiring “Not Long Till Springtime”, where Wilson sings, “Sometimes what you need is not so far away, even if right now it doesn’t seem that way.”

On “Over My Dead Body” he tells about a split from someone close, “Over my dead body, looking down on me, pretending to grieve.”  The chorus here is gorgeous and memorable, showcasing Wilson’s higher range.  His voice sounds weathered but powerful.  The only song with drums, “How Long Is Too Long” features drummer Nir Z, who was the drummer with Genesis when he was in the band (along with Nick D’Virgilio).  Wilson throws in a cover of Pink Floyd’s “High Hopes” which fits his voice perfectly.

The songs here are filled with introspection, loss, and hope.  The melodies are exquisite and a great alternative to the million notes of Prog many of us are used to.  Ray Wilson remains one of the great voices in music and should be listened to and appreciated with every release.

genesis not long till springtime ray wilson song for a friend