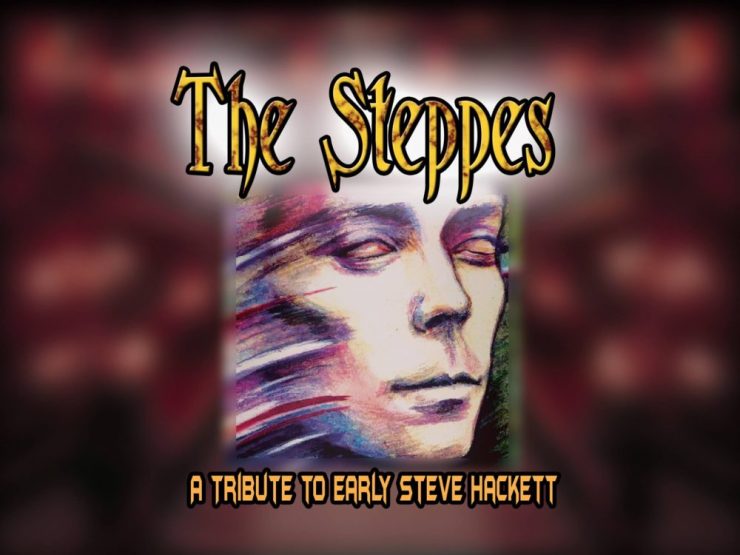 Steve Hackett continues to release new work at an indefatigable rate, but many continue to wonder whether they might ever hear again the sounds of an era that is widely regarded as being among the most exciting and innovative to come out of England during the late 70s / early 80s.  Randy George, known for his work with the Neal Morse Band, has now announced the creation of a Steve Hackett tribute band called The Steppes, a talented group of established musicians coming together to recreate the sound of this era!

Randy had this to say about the project: “I got Steve Hackett’s ‘Premonitions’ boxed set back in January. In listening through the albums… I was reminded of how much I loved those records. They have been one of the pillars of my musical library since the late 70’s. At the same time my wife was discovering these albums for the first time. So I thought to do a tribute band to these 6 albums. It was a process of finding the right players. I don’t just go out and play the notes and use available sounds… we spend a great deal of time crafting the sound of the original recordings and versions in a live performance. This I s a very different thing that requires musicians that pay great attention to detail. I believe that this makes it that much more of a special performance, not to be missed by anyone who was a fan of these records.”

The players are; Peter Matuchniak as “Steve Hackett” backed up by the amazing Scott Connor (Circa, Yoso) on Drums and Vocals, the very talented Pamela George on additional Guitar and Vocals, and the illustrious Jonathan Sindelman (Alan White Band, Keith Emerson Band) on Keyboards! Randy George (Neal Morse Band) on Bass and Bass Pedals!

The Steppes will play live at the Curtis Theatre in Brea CA on august 28th, 2016