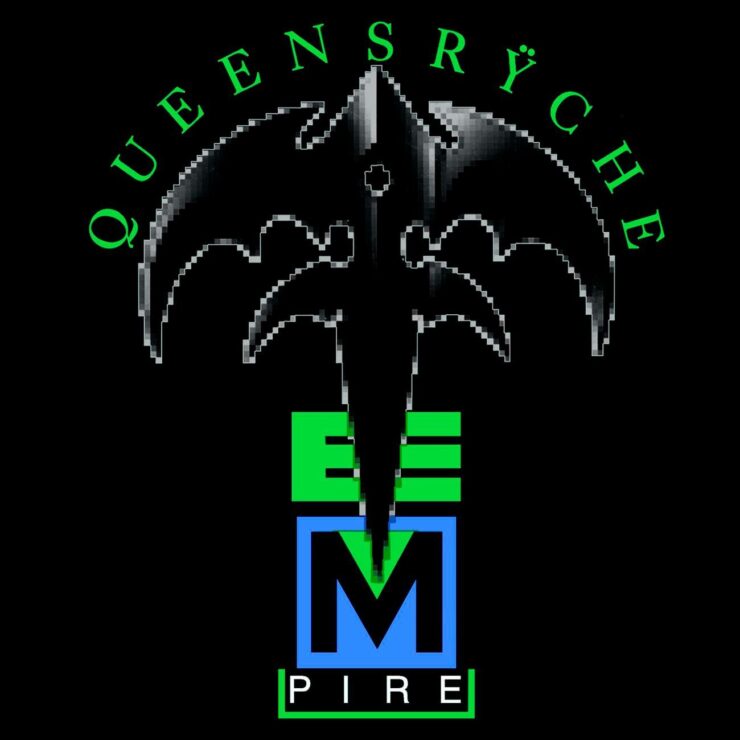 The late 1980s were dominated by so-called “Hair Metal” bands and MTV. Bands such as Mötley Crüe, Bon Jovi and seemingly a hundred others, flaunted scantily clad women and misogynistic lyrics straight to the top of charts. Yet, like a fly in the ointment, there was a unique band from Seattle that looked the part but sounded nothing like it. Queensrÿche were the thinking man’s alternative to the pop metal dominating the charts throughout the ‘80s,
and while they weren’t selling out arenas yet, word was spreading that if you wanted music with more substance than other mainstream acts could offer, this was the band to provide it. Queensrÿche had achieved critical acclaim and even some airplay on MTV with their now classic concept album Operation: Mindcrime (1988). It was in this climate that the band entered the studio to work on its follow-up, Empire. Having just completed a massive concept album, they knew they wanted the next album to be different. The result of their efforts was the multiplatinum selling Empire, a pristinely produced, streamlined version of Queensrÿche that scored the group 3 hit singles, and a Grammy nomination for the song “Silent Lucidity,” the track that immediately brought Pink Floyd comparisons and whole new audience. (excerpt from the book Essential Modern Progressive Rock Albums)

The band would not repeat the success of Empire and years later would split from singer Geoff Tate, but in recent years they have returned to their classic style with new singer Todd La Torre and continue to record and tour.