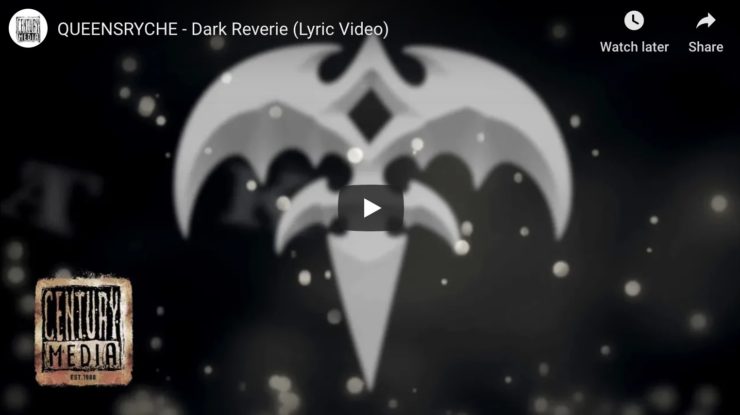 Queensrÿche have just dropped their newest track “Dark Reverie” today via Century Media Records. Fans can check out the lyric video, which is off their forthcoming full-length album ‘The Verdict’ out March 1st, here:

“Dark Reverie is a guitar driven progressive ballad addressing self-reflection during times of tragedy and the questions we ask ourselves while grieving”, states Parker Lundgren about their latest track release.
“Dark Reverie” is the second song Queensryche has released, following “Man The Machine”” off their forthcoming full-length album.

In support of their forthcoming release, Queensrÿche will hit the road starting March 2nd in Orlando, FL for their headline tour, making stops in major markets such as New York, Atlanta, Chicago, Los Angeles and will wrap on April 3rd in Seattle. Fates Warning will join the band on tour as support, with The Cringe joining both bands on select dates. Tickets are available for purchase here: http://www.queensrycheofficial.com/tour-dates/