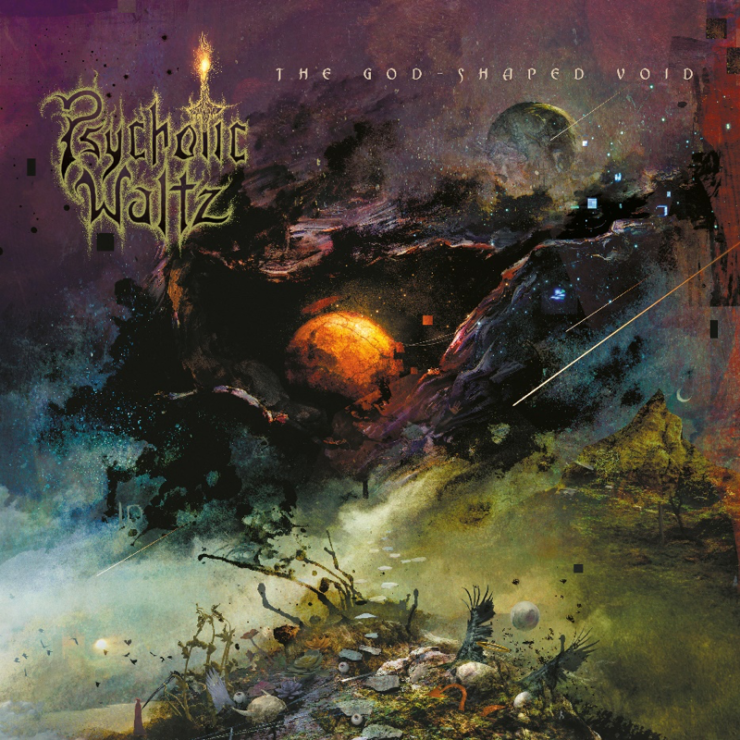 The basic tracks for “The God-Shaped Void” were recorded with engineer Ulrich Wild in the band’s hometown of San Diego, then the rest of the recordings at Studio D in Austria and finally the material was mixed/mastered by Jens Bogren (Opeth, Devin Townsend, Fates Warning) at Fascination Street Studios in Sweden. Artwork, as to be seen above, was created by longtime visual partner Travis Smith (Katatonia, Riverside, Nevermore).

PSYCHOTIC WALTZ guitarist Dan Rock checked in to comment about the creation and recording process of “The God-Shaped Void” as follows:

“First we’d like to thank all the fans who have supported us over the years. The new album would probably not exist if it were not for the good times and fan support we had on our reunion tours of Europe in 2011/2012. It really sunk in how cool I would be to make new music again, instead of just continually playing the first four albums. With all of us living further apart, especially Devon, it was a much slower process than having all five of us in the same room like we used to. But times change, and the Internet helped quite a bit. Normally, Brian and I would come up with guitar parts at home, whether alone or together. Sometimes we would program a basic drum beat for Norm to latch onto the vibe that we were feeling, and some of those stayed, while others were greatly improved upon by his far superior drum skills. We took our time (obviously) and went one song at a time and rehearsed it and recorded it in the jam room until we were musically happy with it. Then I would upload the individual tracks for Devon to download in his home studio so that he could remix it, and really see what each guy was doing. He was able to add vocals, make edits and rearrange parts that made for sense for him as a singer, and then send it back to us to review, retrack or punch in if needed… we did all of our pre-production mixes that way.”

“I think Devon did a really great job considering the process, but we all wanted to bring in a professional set of outside ears with more experience. We were fortunate enough to have Ulrich Wild come down to San Diego and do all the basic tracking in a little-known local studio called Rarefied. Even better, Jens Bogren had an opening in his schedule at Fascination Street Studios and was able to mix and master it for us. And none of this would have been possible if InsideOutMusic didn’t have the faith in us that they did to release a new record after such a long time. Many thanks go out to everybody who made it possible after all these years. We hope you find it worth the wait!”

A first single and the pre-order for “The God-Shaped Void” in its various formats (Ltd. and Standard CD, 2LP on 180gr. black vinyl as well as limited coloured editions and also Digital Download) will be available as of December 13th, 2019, so stay tuned for more news soon…

Re-releases of the entire PSYCHOTIC WALTZ catalogue will follow through InsideOutMusic later in 2020 and next live activities in support of the new album will be revealed soon too. 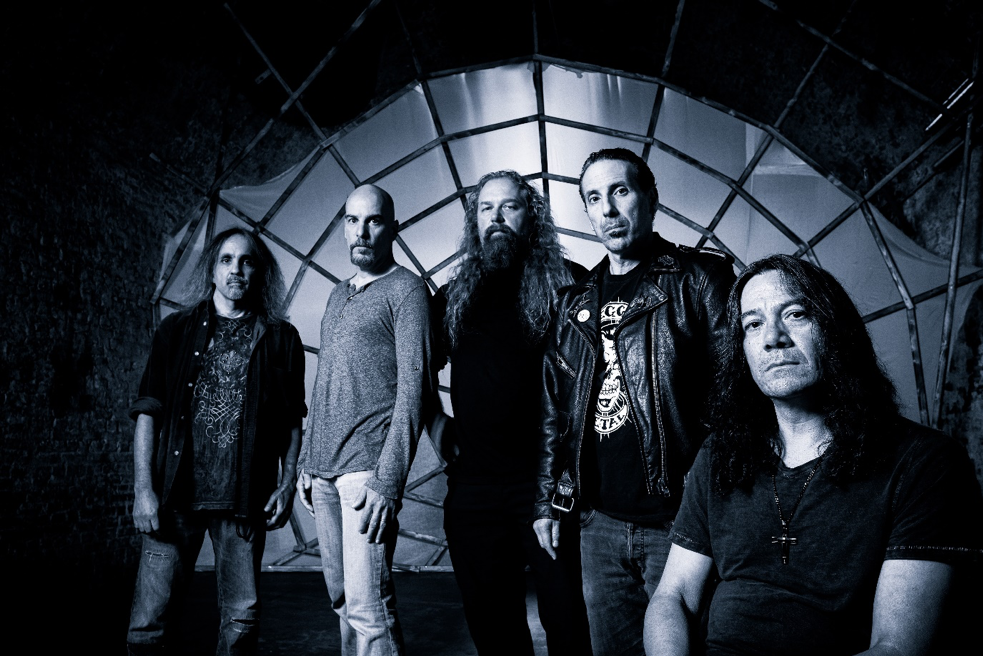