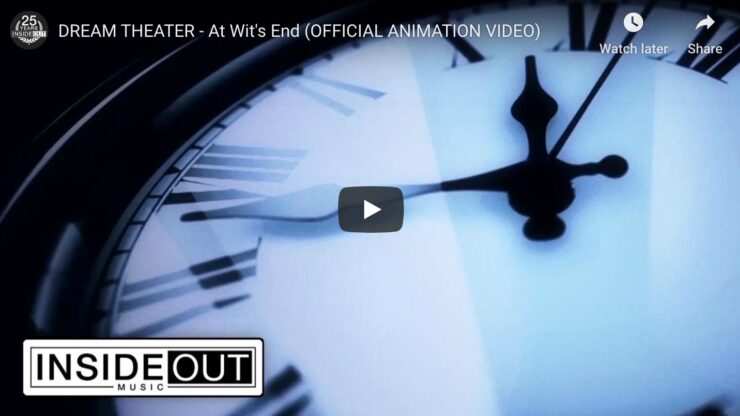 Dream Theater are set to begin the South American leg of ‘The Distance Over Time Tour – Celebrating 20 Years Of Scenes From A Memory’ this week. To celebrate, the video for the track “At Wit’s End” has been launched, taken from the CD/Blu-Ray edition of their latest album Distance Over Time.

Watch the video for “At Wit’s End” here:

Following the run of dates in South America, Dream Theater will kick off 2020 with the European leg of their most recent “Evening With” touring cycle; featuring a celebration of the band’s latest record, Distance Over Time, and their acclaimed milestone achievement, Metropolis Part 2: Scenes From A Memory.  The Distance Over Time Tour – Celebrating 20 Years Of Scenes From A Memory is slated for January and February of 2020, and will see the band perform their full and complete 3-hour set for audiences throughout Europe. The 28-date leg will see the band traverse 16 countries, including the UK, Germany, France, Netherlands, and many, many more. Full itinerary of dates are below and information on tickets for all upcoming shows, as well as VIP packages can be found at http://dreamtheater.net/tour/.