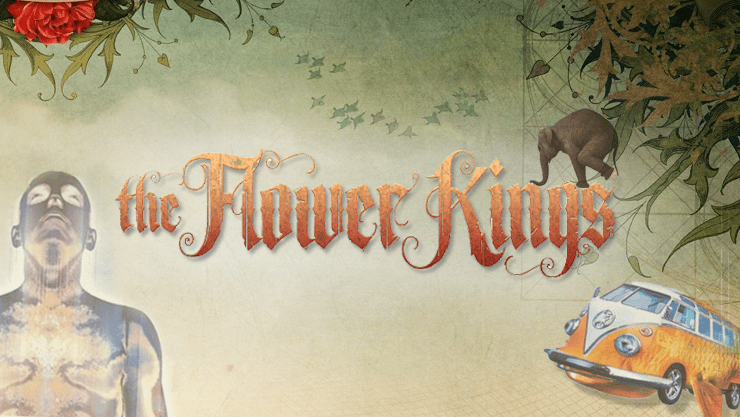 A ranking of The Flower Kings’ albums.

The Flower Kings are a Swedish progressive rock band led by guitar master Roine Stolt. They are known for having longer songs in each of their records and making a sound akin to the 70s classic prog bands, but with a more modern twist. Through many lineup changes and 13 studio releases so far, one thing that stayed consistent is the quality of their albums. Today, we are ranking their records from our least favorites to our most favorites – including some tidbits about each of them.

Also important to note that I did not rank some of Roine Stolt’s solo work that are heavily associated with the main band. His album The Flower King would definitely rank high on this list, as would his 2005 release Wallstreet Voodoo featuring Roine’s Transatlantic bandmate Neal Morse. Some of his other great solo releases are Hydrophonia (1998) and a more recent one, Manifest of an Alchemist (2018).

Rankings are subjective and if you would ask me another day, this list would likely look different. Although I like some albums better than others, I absolutely love their entire discography and we have to commend The Flower Kings for having such a fantastic output. Remember these are my thoughts only, but I would love to see your own lists too, so leave them in the comments! It’s not easy to rank every album from a band you love so much, but it’s always fun!

Starting this list with such an excellent album is a statement about how good The Flower Kings’ whole discography really is. Paradox Hotel is the only studio album to feature drummer Marcus Liliequist and is a bit slower than some of their other releases at the time. It features some incredible tracks like “End on a High Note” and the epic “Monsters and Men”. A couple of great ballads with beautiful classic Stolt lyrics in “What if God is Alone?” and “Blue Planet” show off the true brilliance of the band.

The second album with bass virtuoso Jonas Reingold in the band, The Rainmaker has so many amazing bass moments. “Road to Sanctuary” is one of the band’s often overlooked epics and it is simply beautiful – from Roine’s acoustic guitar parts to the band’s full on instrumental sections, it is one of those that has it all. “Last Minute On Earth” is one of The Flower Kings’ classics and a very common song in their live setlists even today. The Rainmaker is also home to one of my personal favorite songs – “Serious Dreamers”, a fantastic tune showing the power of the double vocals in the band delivering emotional lyrics. This record may not rank so high as compared to other from its era, but it sure isn’t a weak effort.

Retropolis is an album that has everything The Flower Kings’ fans love about their music. It is only their second release and it packs so much variety. The title track has great vocals and some amazing instrumental bits featuring many creative keyboard sounds from Tomas Bodin. “The Melting Pot” is one of their best instrumental songs, showing amazing guitar work and the soprano saxophone in it is a treat. This album may be brought down a bit on this list due to some of the ‘filler’ songs and moments in between the main tracks. However, it still features some of their most classic and beloved songs, like “The Judas Kiss”.

One of their most recent releases, Desolation Rose, focuses on shorter, straight forward songs that are more ‘to the point’, the longer one being “Tower One”, which is an absolute joy. Displaying Hasse’s strengths as a main vocalist singing over the song’s classic melodies. Other highlights from the album include the single “Desolation Road” and the groovy “White Tuxedos”, that shows off the album’s darker side with some really fun harmonized vocals – a Roine Stolt classic.

Pain of Salvation’s Daniel Gildenlow has a history with The Flower Kings, but Adam & Eve is the only studio album where he features as a full-time band member. Daniel’s vocals in “A Vampire’s View” are one of the best moments of the album – his range and interpretation of the lyrics elevate the song to the ‘quintessential’ status.
Although it is almost 80 minutes long, this record wastes no time and makes every minute count. Adam & Eve has two incredible epics, “Love Supreme” and “Driver’s Seat”, both are excellent examples of how a Flower Kings epic should sound.

Waiting for Miracles is the band’s newest release, a first with their new lineup with Zach Kamins on keyboards and Mirkko DeMaio on drums. After a 6-year break without a proper ‘The Flower Kings’ the band is back with a double album and sounding revitalized. Again, with only shorter songs, the band shows this should not be a sign of worry. Their single “Black Flag” is as strong as many of their long epic songs with just its 7 minutes and by itself, it should leave you convinced. “Ascending to the Stars” is one of their trademark strong instrumental tracks with beautiful melodies and variety of sounds. “We Were Always Here” is the perfect track to highlight the band’s return to form.

If you heard of The Flower Kings, it is likely you’ve heard of their hour-long song “Garden of Dreams”, the highlight of Flower Power. An exemplar epic song with 18 smaller chapters within it, it goes from sounding like classic progressive rock, to classic, to metal, to jazz and so on. It truly is ‘A Journey to the Hidden Corners of Your Mind’. I could go on about “Garden of Dreams” all day and all of its outstanding moments, but Flower Power has much more music alongside it. “Deaf, Numb & Blind” is another TFK classic with an addictive chorus, as is the beautiful, piano driven track “Calling Home”. This record is a model of “quantity AND quality” and it’s hard not to have it among one of your favorites.