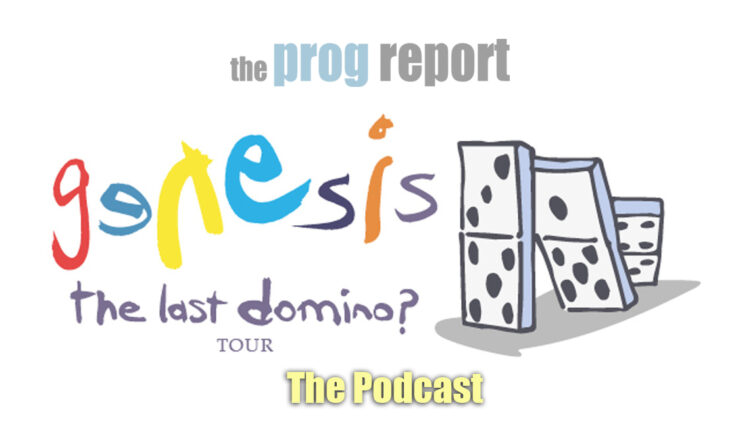 Discussion about the big news that Genesis have reunited for a tour.

Big news came down on March 4th when it was announced that Phil Collins, Mike Rutherford, and Tony Banks would reform for a series of shows as Genesis along with Nic Collins and Daryl Stuermer.  Roie Avin, Geoff Bailie, and Prog Nick talk about the news and the pros and cons.

The Last Domino? Tour will kick off at Dublin’s 3 Arena on November 16 and end at Glasgow’s SSE Hydro Arena on December 11. It also includes dates in Liverpool, Leeds, Manchester, Birmingham and Newcastle, plus two shows at London’s O2 Arena. The Last Domino? Tour will be the first gigs Genesis have played since 2007. Collins, Rutherford and Banks will be joined by longtime guitarist/bassist Daryl Stuermer and Collins’s son Nic Collins on drums.

Tickets for the UK shows go on general sale from 9am on Friday, March 6th. Tickets for Dublin go on sale on Monday, March 9th.