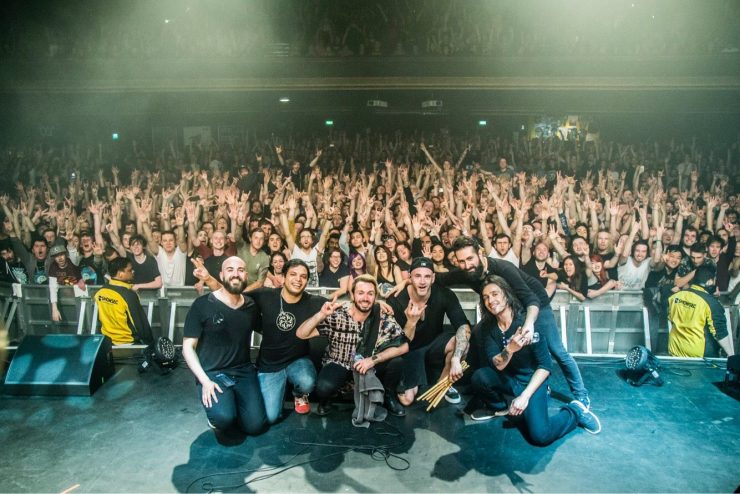 Bassist and producer Adam ” Nolly” Getgood, has announced via the band’s Facebook page that he is officially leaving the band.  He had been a member since 2012.  He posted this quote:

“A few weeks ago I came to the decision I didn’t want to continue as a member of Periphery. The Periphery guys are some of my best friends, I have nothing but high hopes for the future of the band, and I’ll always be a huge fan of the music, however after a year of not touring I became aware that I’m just not invested in the day-to-day decision-making and problem solving that constitutes so much of the reality of running a joint enterprise like Periphery. It’s simply not on my mind, and that’s not fair to the rest of the band, the band’s team, and everyone involved in making Periphery a success – and that includes you all too.

The guys in Periphery are all incredible people and musicians, in their different and complementary ways. I know they’ll go on to achieve things I can’t even imagine, and I’ll be so happy to watch that happen.

For my own part, I’ll continue to enjoy the more settled life at home with my wife, focussing on my production work and on GetGood Drums.

I’ve got nothing but incredible gratitude for everything we experienced together and pride for what we accomplished, it has been an honour to play a role in something that has grown from humble origins to a genuinely genre-defining, internationally successful band. Thank you all for having me along for the ride. Really.”