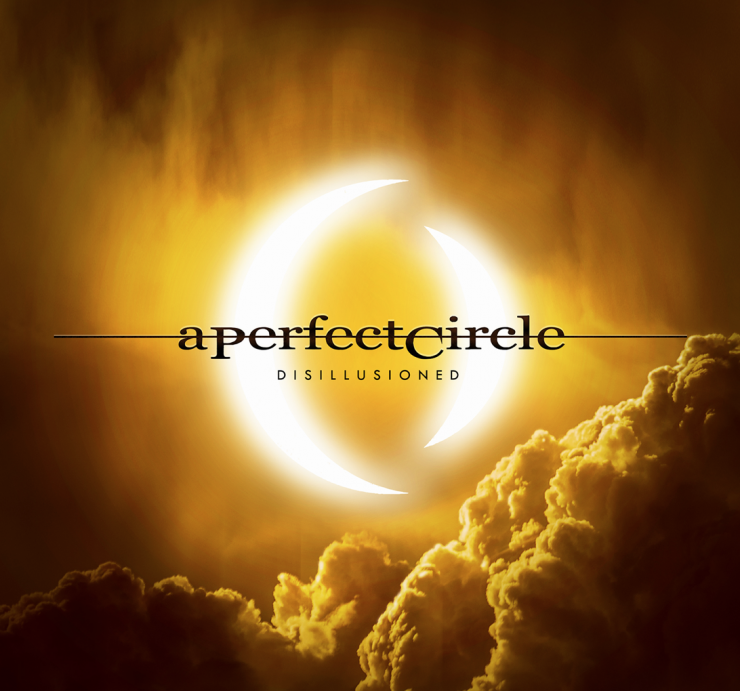 A limited edition,10-inch single for “The Doomed/Disillusioned” arrives on March 9.

A Perfect Circle have welcomed 2018 with the release of ‘Disillusioned,” the second piece of new music from their forthcoming BMG debut. Listen to the song here:

“Disillusioned” stands in stark contrast to “The Doomed,” the first track the band previewed from the as-of-yet untitled album. Where “The Doomed” felt “apocalyptic” (Rolling Stone) and the track’s video (http://smarturl.it/TheDoomedVideo) was “eerie” and “intense” (Revolver), “Disillusioned” strikes a more optimistic tone, urging listeners to connect with each other once again.

“’The Doomed’ was a rude wake-up call… apologies if you were sleeping peacefully,” said Billy Howerdel of the tone of the bombastic song. “’Disillusioned’ comes from a place of overcoming the slide into the numb. It speaks to reconnection and a fresh start to a new year.”

Addressing the musicality of the song, which echoes the sentiment of unity, Maynard James Keenan said: “Attempting new approaches to composing can be intimidating. Especially with an established project with such a recognizable sound. But sometimes you just gotta take the first swing. Only way to grow.”

A limited edition,10-inch single for “The Doomed/Disillusioned” arrives on March 9. The collectible vinyl has a dual pressing of both songs on side A and a screen-printed B-side. Pre-orders are available now: http://smarturl.it/APC10.