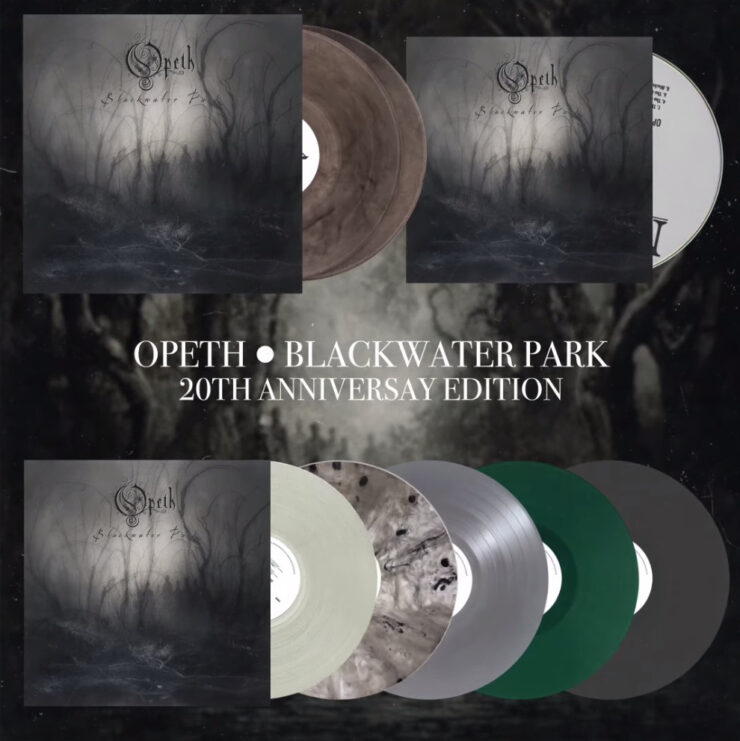 Perhaps the most celebrated album in the Opeth catalog, Blackwater Park, the band’s 5th album, was released on March 12, 2001 (although some places have the release date as Feb 27th).  This was the first album where Steven Wilson collaborated with the band, producing the album and causing a shift in their musical style.  With a wide breadth of styles and experimentation, the album was often described as having a heavy influence of Pink Floyd and King Crimson.

Now the band along with Music For Nations are releasing a 20th anniversary edition of the classic album on July 16th, 2001.

“A much-deserved and open armed 20th anniversary celebration of Opeth’s magnum opus. Two decades in and still a breath-taking piece of work, dense with extraordinary melodic moments, spine-tingling atmospherics and agile but crushing heaviness, and one that saw the Swedish metallers kick open prog’s ornate doors, fed death metal through the cosmic kaleidoscope and introduced a generation of music nerds to a world of limitless musical possibilities. The reissue comes lovingly pressed onto heavyweight, audiophile approved vinyl, with a variety of deluxe finishes, and housed in a gatefold artwork sleeve, with updated liner notes and acknowledgements. The deluxe variants, including a hardcase CD, come furnished with an updated artwork booklet complete with new liner notes, never seen before memories from the band, and exclusive content provided by the Opeth fanbase. It remains a must for Opeth enthusiasts, completists and casual listeners alike.”