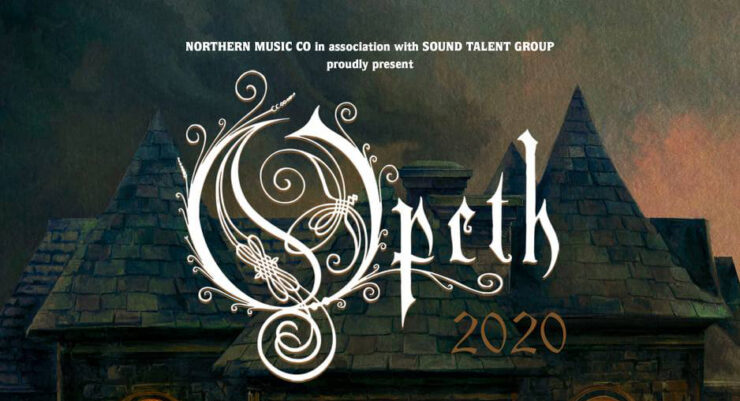 OPETH will make their awaited return to North America in 2020 for a winter tour with labelmates Graveyard. This will be the band’s first tour of the U.S.A. and Canada in support of their newly released, critically praised album, “In Cauda Venenum,” that is available now via Moderbolaget Records / Nuclear Blast. The dates include two nights at the legendary Apollo Theater in New York and performances at the renowned Ryman Auditorium in Nashville and at the famed Hollywood Palladium in Los Angeles.

OPETH’s chief songwriter, vocalist and guitarist Mikael Åkerfeldt comments on the tour, “Well, after having had the ”In Cauda Venenum” LP released we’re set to start touring in support of it. Right now, I’m at home practicing. Learning new songs and re-learning older songs. It’s funny how our music lies dormant in the muscle memory. There are songs I haven’t played for years, and there still there somehow. I put together the skeleton of a setlist and looking at it there’s some niceties in there. I hope. Hard to tell really. Touring in North America is always a treat. We all collectively look forward to it. Hope you are too!”

Graveyard support on all dates except * 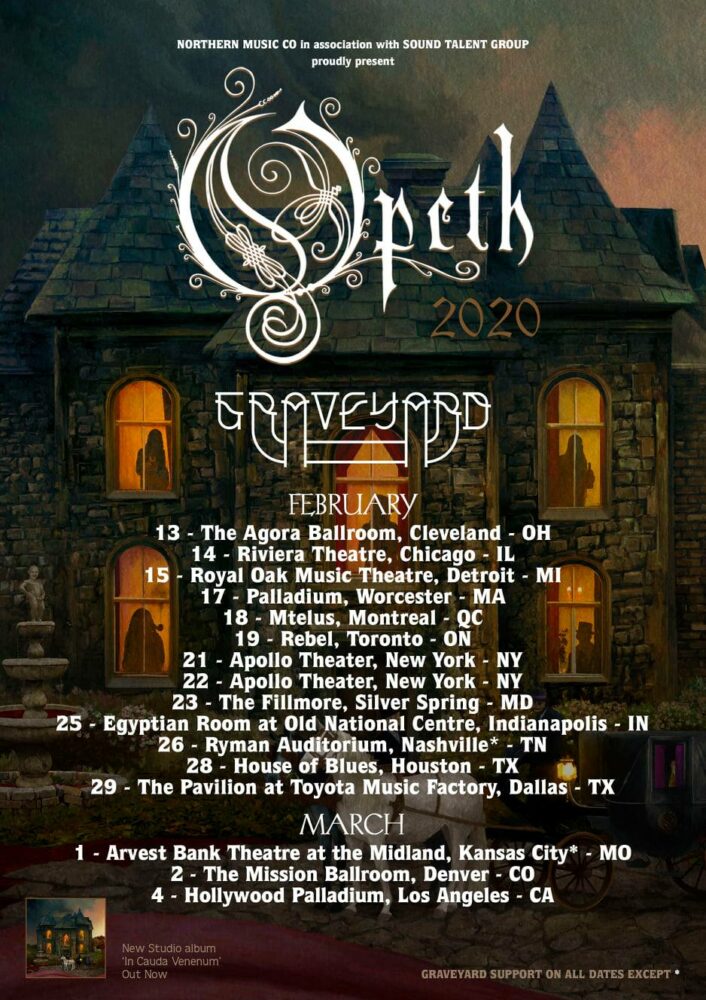