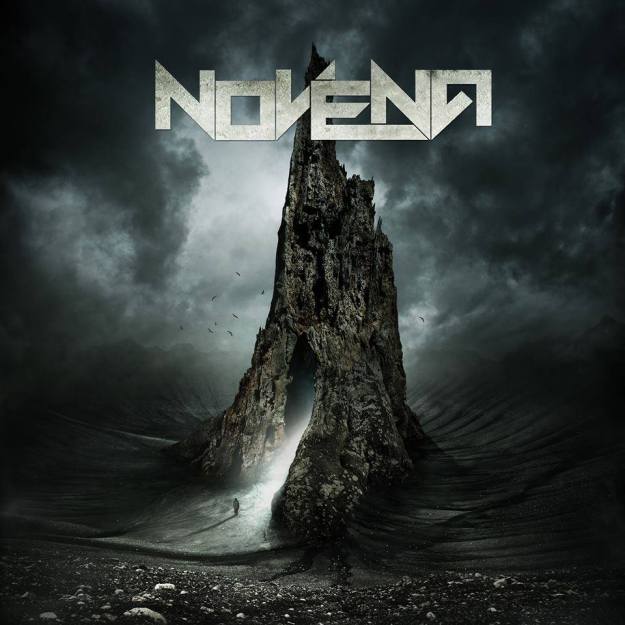 Review on the debut EP by Novena featuring Ross Jennings of Haken.

Second Genesis is the first EP from Novena, a young English Prog-Metal group comprising members of Haken, Bleeding Oath and No Sin Evades His Gaze. Despite the mere three songs, the EP reaches 32 minutes in length and is jam packed with progressive madness and unexpected twists, and interspersed with Gareth Mason’s death metal vocals. Imagine if Haken and Opeth had a baby and sprinkled it with a touch of metalcore.  With Haken’s recent rise in popularity and singer Ross Jennings involvement, this EP has received a lot of attention, and deservedly so.

The opening track, ‘Lost Within A Memory’, seems to be Novena showcasing all they can do. It opens very powerfully, and almost as soon as Ross Jennings has opened his mouth, the death metal vocals have swept him away. I would have liked to hear more of Ross’ trademark Haken versatility on this track; vocals don’t seem to be deemed hugely important, and it’s interesting to note the abundance of the growls, despite Gareth Mason not being an official member of the band. For many expecting Haken 2.0, the growl vocals might be a turnoff, but they are not throughout and are used sparingly, often allowing more instrumental moments to linger.  For some fans of the first Haken album, ‘Aquarius’, this might be their favorite thing Ross has done in years. The instrumentation is very tight throughout, with riffs flying everywhere. The production is also noteworthy: it’s a polished sounding first EP, and every instrument gets its chance to shine.

One thing that stood out even from the first listen was the transition between ‘Lost Within A Memory’ and ‘Breathe’ – I’m a sucker for a good transition at the best of times, but I really enjoyed this one, and although the two songs are clearly defined, it ties the EP together nicely. The first half of ‘Breathe’ is a truly sublime ballad, featuring Ross’ best vocals on the EP and a great melody. It definitely feels like more of a ‘song’ than ‘Lost Within A Memory’, rather than a collection of parts. Halfway through, in true prog style, the song takes a drastic turn into a metalcore section, with the death metal vocals making a return. Like Haken, it’s refreshing to see that the band doesn’t take themselves 100% seriously and can interject moments of humour into their playing, even though some may argue that it upsets the flow of the song. Moments like this give the band a distinct personality.

Another transition launches us into the longest and final track, the title track, clocking in at over 14 minutes. It’s another wild ride, very progressive and despite the length still rammed with countless sections, riffs and melodies, and another good chance for both vocalists and all instrumentalists to show us what they’re capable of.  There are early moments of growl vocals alsmot immediately before a very extended and brilliant instrumental section.  Ross then comes in for a nice melodic section.  We are treated to an epic ‘Prog’ ending, reminiscent of Neal Morse or Dream Theater, which is always a welcome catharsis at the end of an album, and Ross Jennings has his time to shine once more. The not-so-liberal use of keyboard across this EP really makes it stand out when it comes to the forefront; keyboard can often be taken for granted in Prog, but here its presence can be really appreciated.

All told, it’s a positive first look at a new band, and certainly promises of good things to come.  While it does have the feel of a debut there are some really great moments here.  It might have been easier for them to have released a full-length album in order to really flesh out some of the wonderful ideas contained within, as it seems that they are trying to cram everything they can possibly do into these short 32 minutes.  It may seem apt to draw comparisons between Novena and Haken, but because Ross Jennings isn’t a principle songwriter in either band, it doesn’t seem worth it; they are two different bands at different points in their careers, and I see it only a positive thing that existing fans of Jennings will be introduced to the band through Haken, which will make it easier for them to gain a decent following and produce more music.  Novena are an unexpected, but pleasant surprise in an already overcrowded year of incredible Prog releases.  ‘Secondary Genesis’ is enjoyable and definitely worth checking out.