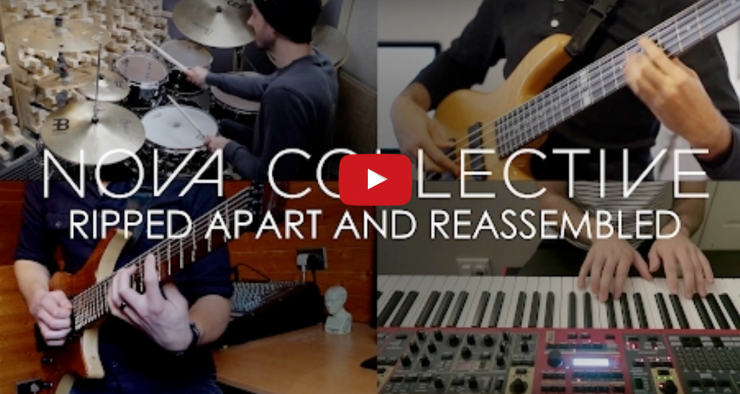 Nova Collective (featuring members of Between the Buried and Me, Haken, Trioscapes, Cynic) will release their debut album, The Further Side, via Metal Blade Records, on March 10th. Nova Collective’s music can be described as fusion, weaving progressive rock influences with world music, jazz and classical, to create something entirely new that is pure aural candy for prog/jazz fans. Now you can see the new full band play-through video for the new single, “Ripped Apart and Reassembled. can be viewed here. Mixed by Rich Mouser (Neal Morse, Transatlantic), it is immediately clear that The Further Side is a labor of love for all involved, and that enthusiasm shines throughout.

between the buried and me Haken instrumental nova collective progressive metal