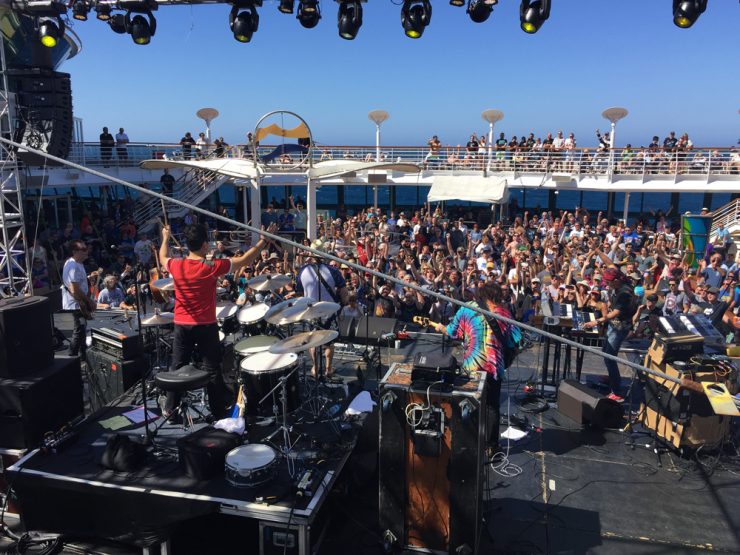 Former drummer to play for band on new album

Following their triumphant performances on Cruise to the Edge, Spock’s Beard have made the announcement on Facebook that Nick D’Virgilio, original drummer and one-time singer for the band, will play drums for the group on their next album.  Prior to the cruise, pervious drummer Jimmy Keegan left the group where D’Virgilio filled in for their performances on the ship this past Feb.  He now returns back behind the kit where he sat from 1995-2010. D’Virgilio also plays with Big Big Train and The Fringe.

This is what the band had to say, “Spock’s Beard is super excited to announce that the amazing Nick D’Virgilio has agreed to play on our next album!  Nick of course is well known to SB fans as our former drummer/lead singer/all around awesome dude as well as for working with artists such as Genesis, Mike Keneally, Peter Gabriel and Big Big Train among others. Nick was with us when we first started and we are over the moon to have him back with us for this album! We know you’ll be as excited as we are to hear what we will be able to create with him back pounding the skins. We’ve been writing new material and plan to start recording in earnest in late May, so stay tuned!”