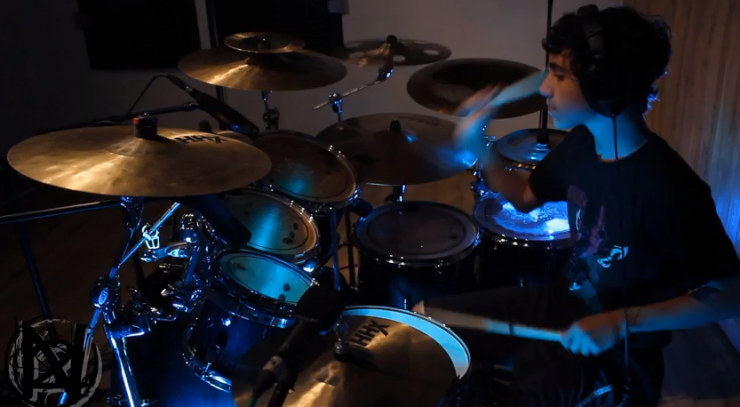 Next To None, the teen prodigy band recently signed to InsideOut, have released a video EPK in advance of their upcoming album A Light in the Dark due out June 30th in the US, which you can see here:

Based in Pennsylvania, Next To None features Max Portnoy on drums, Ryland Holland on guitar, Kris Rank on bass, and Thomas Cuce on keyboards and lead vocals. The band have been honing their craft for several years, recording a self-released EP and playing various live gigs, including a slot at the Progressive Nation At Sea 2014 cruise. Later that year, the band went into the studio to record their debut album. At the ripe young ages of 15 and 16, they emerged with an album they and producer Mike Portnoy (Transatlantic, Flying Colors, ex-Dream Theater) are extremely proud of. A Light in the Dark also features guest appearances by Bumblefoot (Guns N Roses) and prog legend Neal Morse.

Drummer Max Portnoy says, “It’s so exciting to be signing with InsideOut…the home of the greatest prog bands in the world! We are honored to be part of the family.”

Says producer Mike Portnoy, “Producing the Next To None album was like a trip back in time for me. I couldn’t be prouder of this album and think that Next To None represents the next generation of progressive metal.”

A Light in the Dark tracklist:

Next To None online: