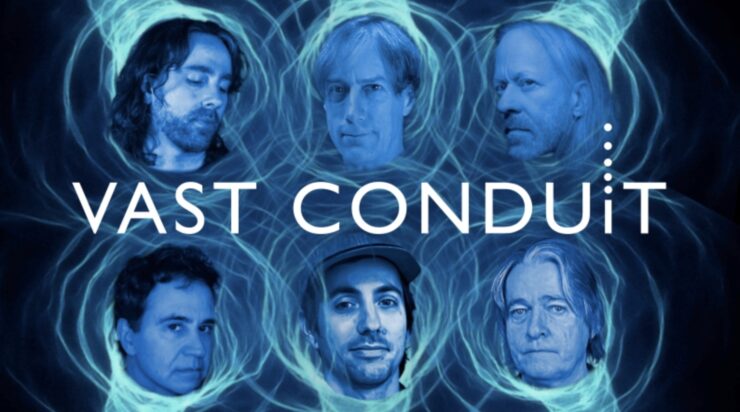 Vast Conduit featuring keyboardist/vocalist Bill Jenkins, from Enchant and Thought Chamber, will release debut album “Always Be There” on February 16, 2022.

Prog ensemble Vast Conduit featuring keyboardist/vocalist Bill Jenkins, best known for his work with Enchant and Thought Chamber, will be releasing their debut album “Always Be There” on February 16, 2022.

Watch the trailer for Vast Conduit’s “Always Be There”:

This album is dedicated to the notion of doing whatever we can to build and cherish all parent/child relationships, regardless of circumstance. There are so many different ways these can suffer – death, divorce, illness, self-centeredness, etc. – yet they are so vital to our happiness and well-being. Every moment we have to support each other and make each other’s lives better is precious.

Says Bill, “The songs ‘Always Be There’ and also ‘Early Eclipse’ convey the main message of the album. The release date is the 40th anniversary of my father’s passing, which set in motion a path through life and philosophy described by the songs on the album. I had the basic song ideas in place for almost all of these songs sitting around for years and it was simply time to finally make it all happen.”

The Fates conspired and a fortuitous set of circumstances created a vast conduit, galvanizing what might have otherwise been a run-of-the-mill progressive rock project with an abundance of musical talent and prowess. Keyboardist Bill Jenkins (Enchant, Thought Chamber), musing over some material near to heart, enlisted the talents of these amazing musicians to bring that material to light: Adding everything from scorching leads to subtle emoting is virtuosic guitarist Michael Harris (Arch Rival, Thought Chamber, Darkology, Michael Harris Tranz-Fusion). Laying the foundation with solid grooves and making odd time signatures seem effortless and feel natural is drummer Will Jenkins (Ghost and the City, Great Wall). The venerable Jeff Plant solidifies that foundation with electric and fretless bass (also from Thought Chamber and whose pedigree otherwise is too long to list here and whose amazing bass playing simply speaks for itself). Adding just the right amount of smoke and fire off his rosined bow is violinist Jim Hurley (who has performed with the likes of Ritchie Blackmore, Trans Siberian Orchestra, Ancient Future, and Queen Ida’s Grammy-winning Bon Temps Zydeco Band, among many others). Rounding out the list are the satiny vocals of Friel (a truly rare gem of vocal talent to have somehow, somewhere, out of the blue, been found for this project).

With the players in place, a cross-country recording project began, finishing with Vast Conduit’s initial studio album release “Always Be There” – a centrally themed album that explores several musical genres. Although progressive rock in nature, when pressed for a singular genre, Michael jokingly suggested “smooth prog.” After the requisite laughter, the recognition of how apropos of a description it was settled in, and laughter shifted to nods of approval as it was fully embraced by the band.

The album started as just an EP project, and recording of 3 of the songs with demo vocals started several years ago. Then covid happened and opened up the opportunity and availability to expand it to a full album.

Along with the core ensemble, the album features some guest artists. Having known the California Guitar Trio guys for some time, and loving their sound, Bill had always hoped to get them involved in a song. Bert Lams agreed to add his acoustic guitar to “Early Eclipse,” and helped in adjusting the arrangement to work even better with the addition of his parts.

Bill’s brother Tom Abraira plays the lead on trumpet on the track “Philly Etymology.” There were two spots for a female voice on this album. Says Bill, “I heard Manon’s singing in High Hopes Acapella, and invited her to sing the female part in ‘Barrier.’ Having worked with Betsy Walter previously, I already had an earlier demo of ‘Early Eclipse’ with her voice in it and used her part from under the solo in that song and it fit perfectly.”

Finally, there was an old recording of the instrumental idea that became “Wesley Save Us” that had Jessica Jenkins’ voice when they were a toddler. “With Jess’s voice being my association with that song for so many years, and given the theme of the album, working a few of those samples in just had to happen.”

Work has already begun on writing for the next album. After the release, the band will look into opportunities for live performances. In closing Bill has this to say, “If our listeners enjoy the music even half as much as we enjoyed creating it, that would be amazing!”

Pre-order and check out a few of the tracks here: https://vastconduit.bandcamp.com/releases 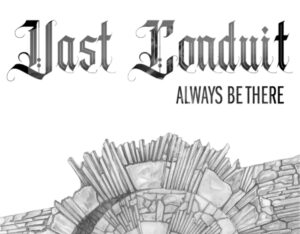