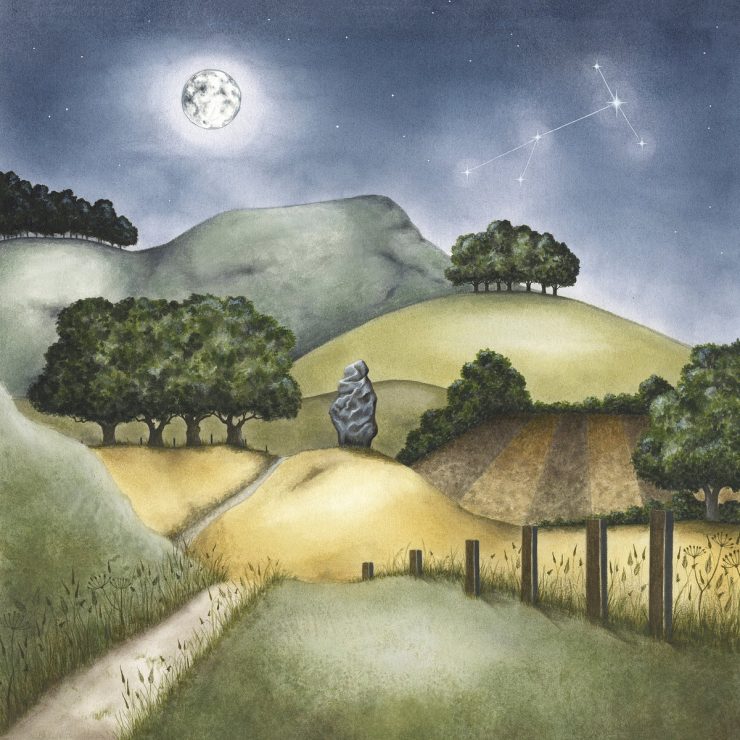 Surprise!  It’s a brand new Big Big Train album.  Less than 2 months after the release of their most recent album ‘Grimspound’, the group swiftly return with more music.  This is also just about a year from when the group released the ‘Folklore’ album.  Quite a prolific output by any measure.  ‘Grimspound’ was originally intended to be a companion EP to ‘Folklore’ but evolved into a complete separate album.  Now comes the release of ‘The Second Brightest Star’, which acts more like the companion release the last one was intended to be.  The album is a mix of some new material (or material left over from the last two albums), some interludes that are segments from previously released tracks, and a few extended versions of songs from both ‘Folklore’ and ‘Grimspound’, which fall under the heading of “Grimlore” on the new album.  While not an album of entirely new music, this is still a worthy release for any Big Big Train fan.

The Big Big Train sound is now firmly established and they sound like a band clicking on all cylinders.  This becomes apparent with the title track, “The Second Brightest Star”, another classic BBT sounding epic.  Vocalist David Longdon takes command of the track throughout and is as powerful as ever.  The orchestration is splendid as the song transports the listener to that English countryside that resides within each BBT composition.

The second track, the instrumental “Haymaking” is led by Rachel Hall’s beautifully played violin.  The song has a bit of a Celtic vibe to it and features some magnificent musical passages all supported effortlessly by Nick D’Virgilio’s drumming.  The album’s third track “Skylon” is standard BBT fare, great harmonies, vocals, instrumentality showcasing a mellower side of the band; this is a song that could have been on either of the recent albums.  ‘Grimspound’ was originally set to be titled ‘Skylon’.

“London Stone” is a brief interlude that reprises the opening of “A Mead Hall In Winter”, while “The Passing Widow” is a ballad with Longdon singing over piano and strings.  “The Leaden Stour” is another strong track that starts of slow but has a fantastic middle break and grande ending in true Big Big Train style.  The remaining tracks are reworkings of older tracks inluding “Brooklands” and “London Plane” and although, we’ve heard them before, they are still captivating in this manner and worth the time.  It is interesting to hear these alternative versions.

The band continue to give back to their ever growing fan base with as much great music as they can create.  They are riding a huge wave of creativity and show no signs of stopping.  ‘The Second Brightest Star’ is a great addition to the Big Big Train discography and a necessary addition for any fan even for the first 3 songs alone, which are excellent. Although maybe now it could be a good time to take a break from the studio and finally take this show on the road.