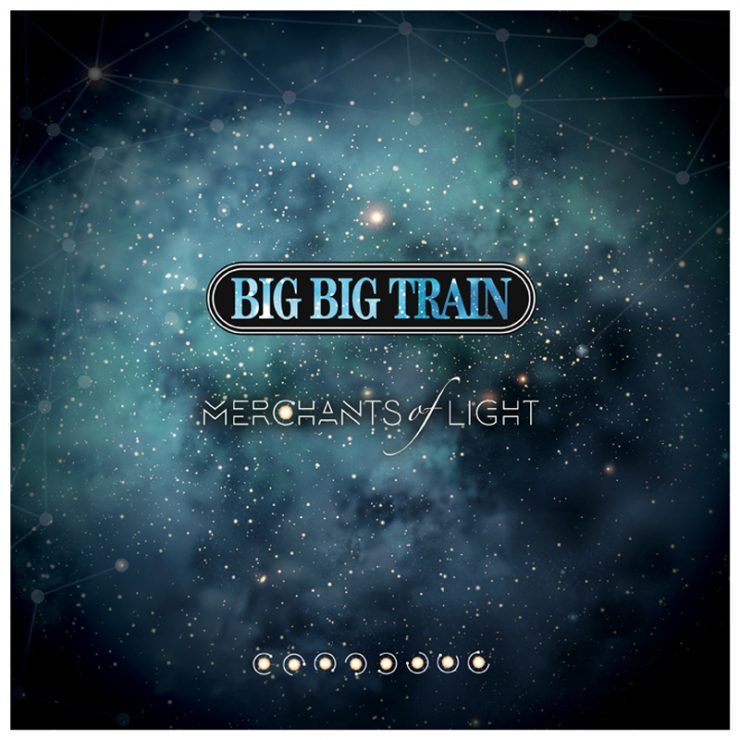 If you follow progressive rock, the Prog awards, or any blog or website, it is fair to assume the name Big Big Train has appeared often over the last few years.  The band have achieved both critical and fan acclaim over the last 5 years but with such a prolific output of stellar studio albums, the clamor for more lives shows was only bound to happen. While the band have promised more live shows in the future, for now we have a brilliant live album that shows why more live performances are in such high demand.  The new live album, Merchants of Light, features the best performance of each song played at the band’s three sold out shows at Cadogan Hall, London, in the autumn of 2017. The 2cd set is full of brilliant photos, a perfect setlist and spectacular sound.

The 16 track set is pulled from the band’s last 4 albums, Grimspound, Folklore, English Electric, and The Underfall Yard.  The show opens with a string overture before kicking into a rocking version of “Folklore.”  It is a perfect way to get things off  to a glorious start as each member introduces himself with showcase solos.  From there we meet “Brave Captain” the opening epic from the Grimspound album.  David Longdon is in perfect voice here and throughout the entire concert. His singing explores each of these carefully written songs contain with emotion and intensity. As the show goes on, the band continue to get better.  From bassist Greg Spawton and drummer Nick D’Virgilio effortless rhythm section to the unmistakable guitar playing of David Gregory and Rikard Sjöblom.

“Swan Hunter” is certainly one of the high points of the set, particularly at the end as Longdon’s voice reaches new heights. But few songs reach through the speakers and demand your attention like “East Coast Racer.”  The song is made for a live setting.  The second half of the song elevates the entire audience, even those listening at home.  It is pure prog bliss.  Of course, there are still more songs to go including the epic “Victorian Brickwork” and the fan favorite “Wassail” to close the proceedings.

With more than 10 players on stage, including the horn section, it is important to point out how great the mix and production is here.  Everything is perfectly balanced and easy to enjoy.  Merchants of Light is not just a live album, it is an experience.  It captures one of the world’s best bands at their very best.  Hopefully there will eventually be a world tour so the rest of us can experience this wonder in person.