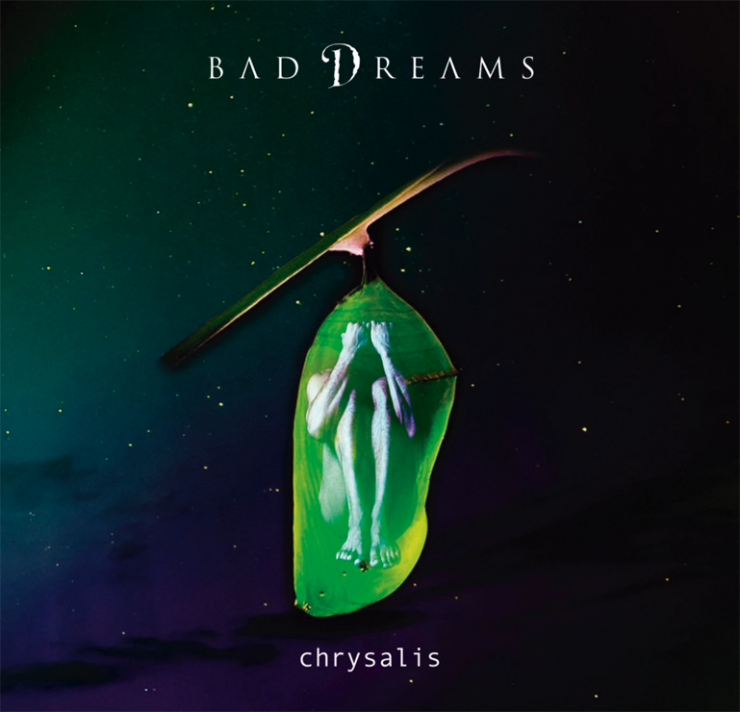 Review of the album Chrysalis by Bad Dreams

Hailing from the land of the pampas, and comprising five accomplished musicians, Bad Dreams began their prolific career performing Genesis’ music for a period of more than 10 years, venture in which they attained worldwide recognition by fans and Genesis members alike. The Genesis’ sound is a good starting point to describe their style, which also fuses what we might call classic prog-rock with some of the styles familiar from bands who they have shared the stage with in the last two Cruise to the Edge celebrations. 2014 saw them abandoning their comfort zone and releasing their first album of original music ‘Apocalypse of the Mercy,’ which was later followed by the successful 2016’s ‘Déjà Vu.’ ‘Chrysalis’ is their third record, just released digitally and coming soon to physical format.

“Change” unlocks the album off in classic style, with a Marillion-like driving keyboard riff courtesy of keyboardist Jorge Tenesini. This is great kick off track, with the appearance of singer Gabriel Agudo’s soaring vocals, underpinned by Alex Calvera’s pulsing bass, Fernando Cornejo’s percussive strikes and the bass soundscapes of Ariel Trifunoff, and sets the album in motion. In sharp contrast, “Limbo”, the next track, takes a more stripped back approach, with the lyrics reflecting the subject of finding strength and a path in life. Forging a symphonic impression that seems both deliberate and restrained, the track is wrapped in the sound of what I assumed to be synthesized flutes providing a classic prog-rock touch. It comes to life, with strumming acoustic guitars, and a soaring lead, complimenting the rising vocals – in short, another very strong track.

“Silent Run” has a powerful chorus, great lyrics and rich harmonies, before the album takes something of a left turn, with the prog-metal intro to the track “Darkness”. The sharp contrasts are a key part of this album, and take the listener on a journey. One critique that I would have is that this song has many musical ideas and elements within it, but the structure, or lack thereof, means that it can be a confusing journey… for me the main hook in this song is the “No place to go…” section, but it just plays a small part of the overall track. The more pastoral “Goblin’s Seduction” (strange title!) follows, with a laid back, almost jazzy tone, soulful background vocals from the McBroom sisters, and tenor saxophone solo courtesy of another guest musician: Jamison Smeltz. For me this is a bit of a low point of the album – it feels out of place with the rest of the songs, albeit it does add variety.

The penultimate track is “Chrysalis” featuring Steve Rothery on guitar. Again, the theme is breaking through into a new area of strands of life, following the light. Broken into distinct sections and featuring a soaring guitar solo from the Marillion man that will make you skin shudder, it’s a great song but not, I would say, the album’s strongest… because I think the best has been saved to last. On first, and subsequent listens, the track that has really stood out to me is the final track, “Butterfly.” It’s here that the musicians truly get the chance to show their capabilities… the album’s stand out guitar solo starts around the two minute mark, and the middle section’s jazzy drums combined with the flute-keyboards, lead to a magnificent Moog solo, joined by unison and harmonizing lead guitars. There’s a brief Wakeman-esque section and it closes out with a return to the melody. As the album’s longest song, it has what feels like a complete and logical structure, combining contrasts in sound and tempo to create a unified whole.

I assume it is an unintended metaphor that the album ends with a track not featuring the band’s singer Gabriel Agudo – those who follow the music news will know that he departed the band several weeks ago to explore new musical areas. His legacy is maintained and grown on this album, and his lyrics are a key part of what makes up Bad Dreams. Therefore, while it may not be the same again, any progressive-rock fan will be able to name bands, and solo artists who have prospered and achieved great new things following a band split/ separation.

The themes of the album may prove to be prophetic when we see what has happened in the band and will happen in the future. Even with a dip in the middle of the album, I can wholeheartedly recommend this to fans of melodic prog-rock who are looking for something new to try. We shall wait and see what lies ahead for them, as the chrysalises shatter and the butterflies embark on their new journeys.