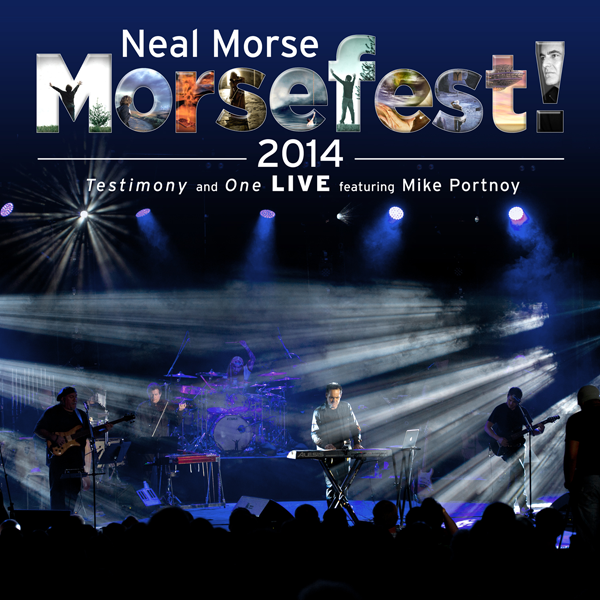 When getting a new package from Neal Morse, one can always rely on the impressive packaging.  You always get more than just your average cd.  With this live CD/DVD/Blu-Ray set due out on August 21st, Neal Morse and the gang have outdone themselves.  With 2 DVDs and 4 CDs you have over 3 hours of music and footage and all of it at the highest level.

The struggle for many Prog artists today is that they often don’t have the live venues to match their grandiose music.  By putting together this show together in his hometown, Neal was able to give this massive music its proper setting and showcase.  The idea behind it is brilliant.  If you can’t bring this massive scale performance to your fans all over the world, have them come to you.  Conceived as a way to perform some of Neal’s classic albums in an intimate setting with his fans, Neal spares no expense with these shows and gives his fans more than they could ask for.

The band with Mike Portnoy, Eric Gillette, Bill Hubauer and Randy George lead the way with backup singers, horn section and dancers in tow.  On the first night of the weekend long event, the group perform the entire Testimony album over 2 discs and 1 Dvd.  On the second night, they dive into the “One” album which is included on the other 2 discs and Dvd.  The results are spectacular.  Tracks like “The Separated Man” and “Reunion” have more energy than in any previous performances.  And the emotion in the Testimony performance is certainly what Neal intended to come through when he first wrote it.

While the songs are performed at the best they have ever been and for the albums for the first time in their entirety, it is the encore on the final night that really make this even more special.  The group perform Spock’s Beard classics, “Wind at my Back” and “The Light”, the latter with Neal’s brother Alan joining.  And after more than 2 hours in one evening and 2 amazing encores, they decide to perform the 30 minute Transatlantic classic “Stranger In Your Soul.”

This is more music than one person can handle.  If you are a fan of Neal and Mike and Prog in general, this is a set you must have.  On to Morsefest 2015 and another box set next year!

You can read Neal Morse’s comments on Morsefest in a recent article in Prog.  https://prog.teamrock.com/features/2015-08-11/the-prog-report-usa-16